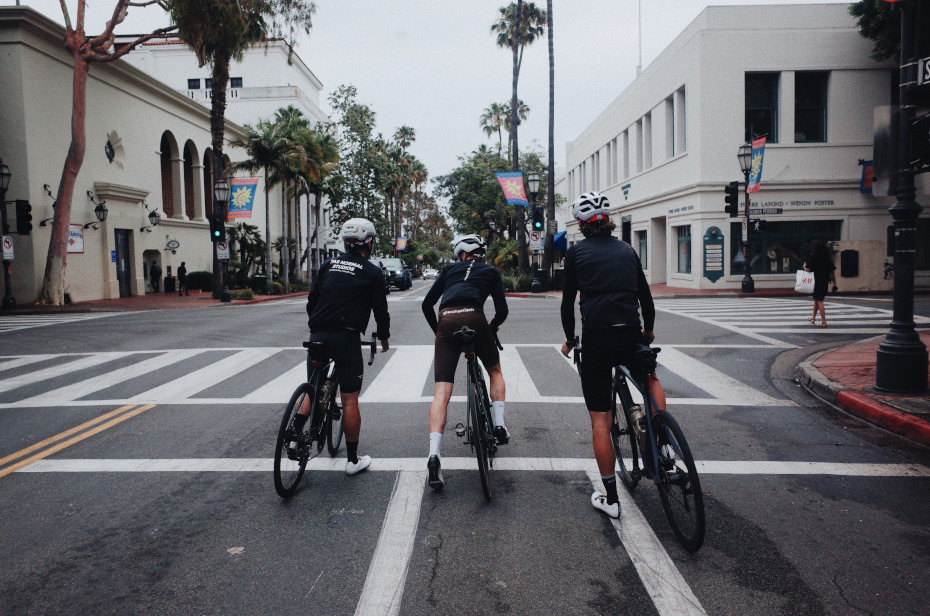 In the summer of 2019, my friends and I created the best ride of our lives, starting in San Francisco and finishing in Los Angeles. This cross-California route is not a new concept, but planning the ride took some work. In terms of feasibility, we were confident that we could pull off the ride. But how?

How to Get Where You're Going

The easiest way to start envisioning a point-to-point route is to imagine how you'd get there by car and then look for smaller, quieter roads that take you in the same general direction. In California, where I live, most of the cars traveling north to south or vice versa take I-5 or US-101. Although it is possible to route a trip following both of these highways, it is not ideal for two main reasons amongst many others. The first obstacle is that these highways were designed to move traffic from city to city quickly and easily. This means, depending on your location, refueling or rest stops can be few and far between. And this isn't ideal when you're riding six to eight hours each day. 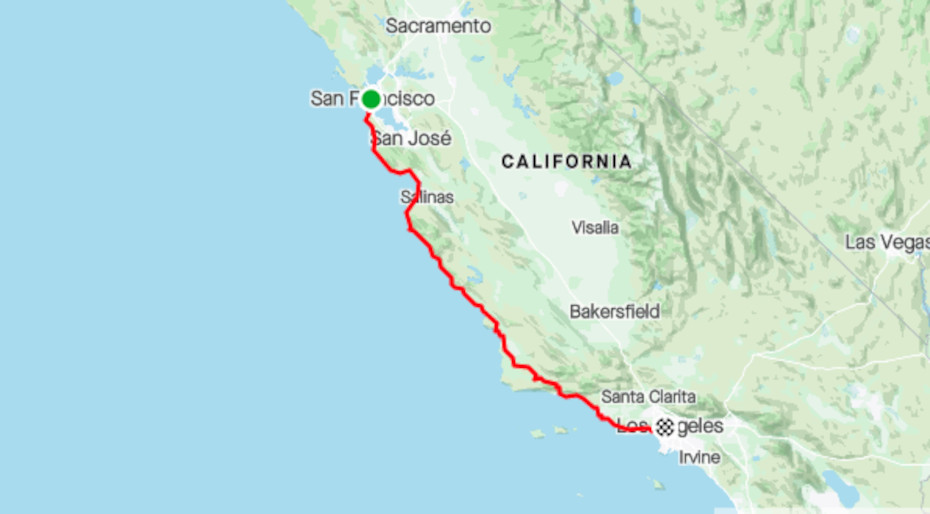 The second obstacle is that these car-centric-routes often require big deviations because most of the time, you cannot or do not want to ride your bike on these types of roads. The problem this creates is that a cycling route will generally take you far off the path of a highway or freeway, wrapping around hills, mountains, and farmland that highways will usually cut straight through. So, how does one take these obstacles into consideration? The answer: Play with the obstacles instead of working against them. Find the quiet roads or the city bike paths and build them into your route.

Determine the WHY of the Trip

Our 2019 trip from San Francisco to Los Angeles took us along the iconic coastal highway CA-1 for the entirety of the trip. A critical component of designing epic rides is deciding what will make the trip meaningful. Our group happened to all be California natives. Half of our group is from Northern California and the other half is from Southern California. To say that this dynamic was a necessary ingredient to creating this trip is a wild overstatement, but it was undoubtedly an indistinct element that fueled the excitement of the trip. What better way for a bunch of lads, all raised in The Golden State, to take in so much of what it has to offer? 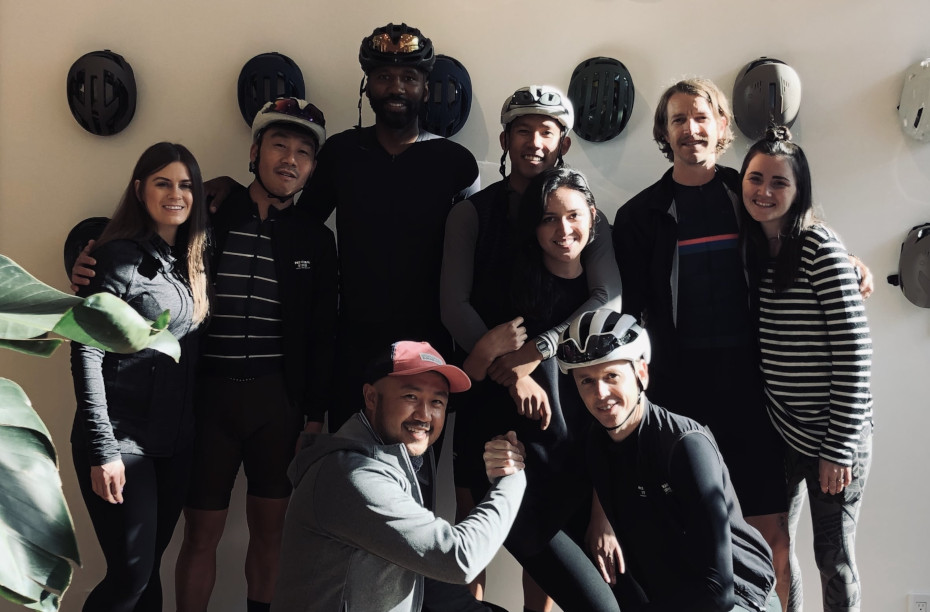 Answering the 'Why' early on in planning a ride will always make the rest of the logistics easier. Do you want an epic adventure, or do you want the amenities of being at home when the sun goes down? Are you looking to go off the beaten path, or do you want the comfort of radio towers and the use of maps on your iPhone if you missed a critical left turn? During our California ride, we had the responsibility of delivering photo content, on the fly, throughout the trip to multiple brands that had provided support to us. Going off the grid was not an option.

What Level of Support Do You Need?

So far, I have implied that this trip took place over the course of several days. Let's talk about this a little more explicitly. When I would tell friends, family, and fellow cyclists that I was going on a four-day, 500-mile ride, the initial response would be, "How are you going to get all your things down there? Where will your stay?" If you are planning to be gone for more than a day, these are the questions you should ask yourself directly after figuring out why you're creating this ride in the first place. Dream about the adventure. Dream about the roads. Just dream. Because by the time it's all over, that's how the ride should have felt, like a dream. 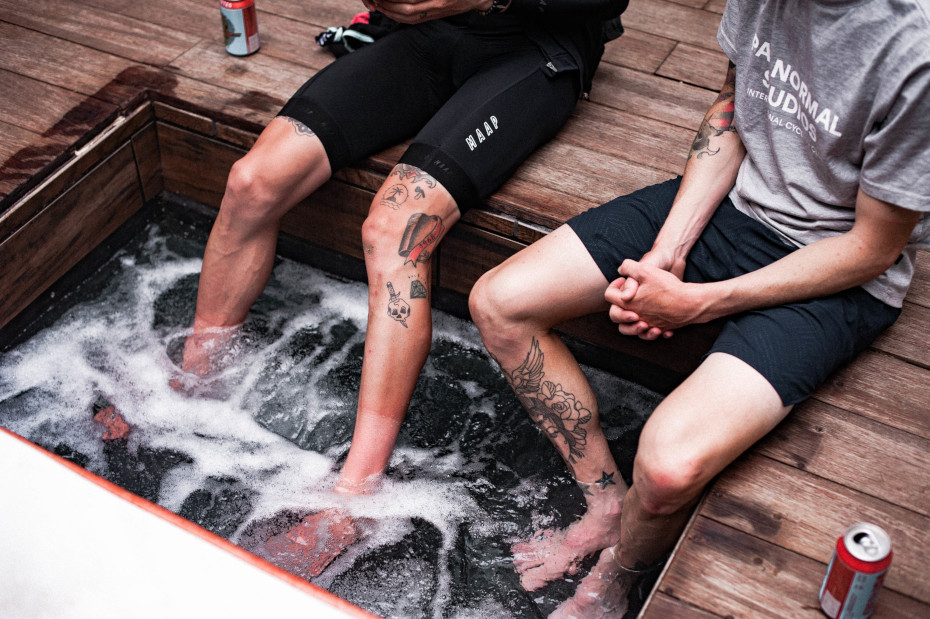 When is the Optimal Time to Ride?

Now we know two major elements to route planning: Why and How. The next important portion to building out an epic ride is 'When.' The reason I've harkened back to 2019 instead of the most recent year is that 2020 posed many obstacles including, but not limited to COVID-19. Last year my friends and I planned a route from Yosemite National Park to Las Vegas, NV. This was meant to be the ride of all rides thus far. Creating the route was easy because access to roads is much more limited in the Eastern Sierras versus the Central Valley and Pacific coast, where there are many different ways to get from point-A to point-B. However, we had to manage the clock quite literally while building this route. 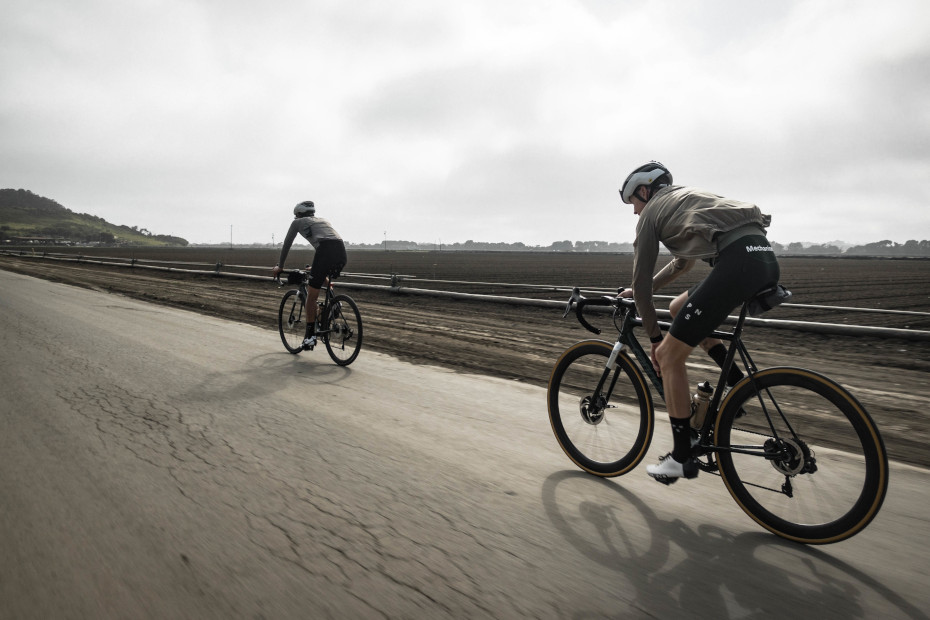 So, what did we decide for the 'When'? Death Valley so happens to be the hottest place on Earth. California summers tend to be the optimal time to get our group together but passing through the desert presents a contrary argument at this time of year. With the proper lead time, we were able to push the trip as far into the fall. But then we faced another timing problem: Yosemite National Park uniquely closes one of its most popular roads for half of the year. Once it is closed, it is closed—do not pass 'GO.' So, managing the window in which the desert wouldn't be too hot, and the road we needed to access US-395 would still be open was a small but manageable window in the month of October.

Ultimately, due to COVID-19 and the 2020 California Wildfires, we had to cancel our second annual trip from Yosemite to Vegas. Even though we had to shelve our ride, this is a good example of the level of attention and awareness one should use if you are planning a trip that involves national parks or when passing through areas whose climates are drastically different from one another. In the case of San Francisco-Los Angeles, the entire coast is temperate and generally consistent with some variation in temperature when CA-1 cuts inland towards areas such as Orcutt or Lompoc. 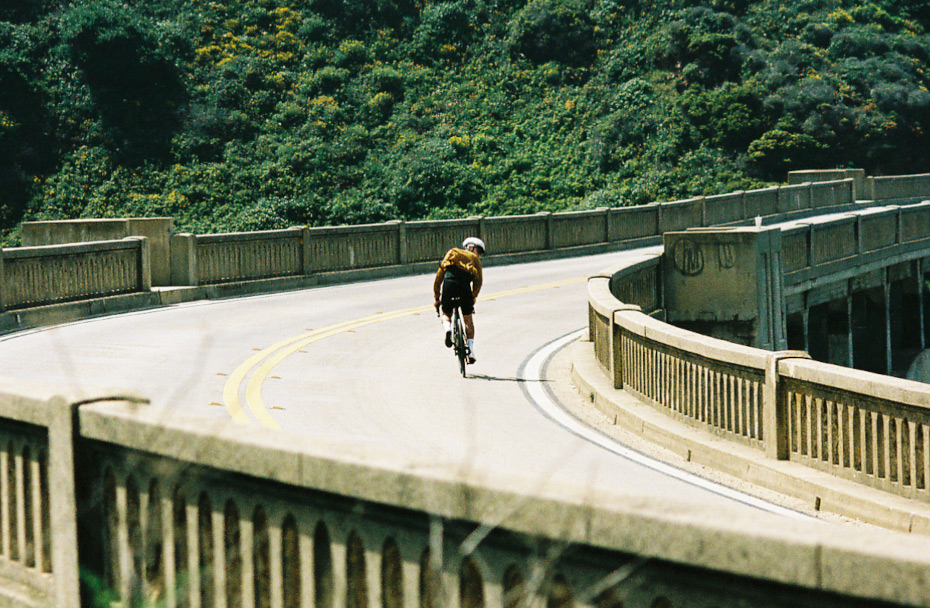 Get Out, Have Fun, Dream Big

There are so many other details to consider when planning an epic multi-day ride, especially if you will be in the company of several other people. Cost, deposits, vehicle rental (if applicable), and how you are getting back home are all very important and pertinent details that must be considered. Above are just some tips to help you get started in planning a trip, but more than anything, be flexible because there are so many details that allow for imagination. Being able to dream while you plan your ride is the best way to maintain the amount of excitement required to fuel the stoke when the day finally comes to depart from your home and set out on the road.