You’ll have to cast your mind back to 2010 to see Shimano’s Di2 electronic shifting groupset first making an appearance in the professional peloton. Easy to spot, the brightly clad Euskaltel team was one of the first squads to put this cutting-edge technology, launched a year earlier, to the ultimate test in a professional race.

Digital Integrated Intelligence – or simply Di2 – has become one of the most defining and influential developments in the cycling world and has been behind countless victories on the road. In the Tour de France alone, no less than seven out of the last ten editions of La Grande Boucle were won by riders pedalling Shimano Di2 groupsets ¬– quite an accolade by anyone’s standards. 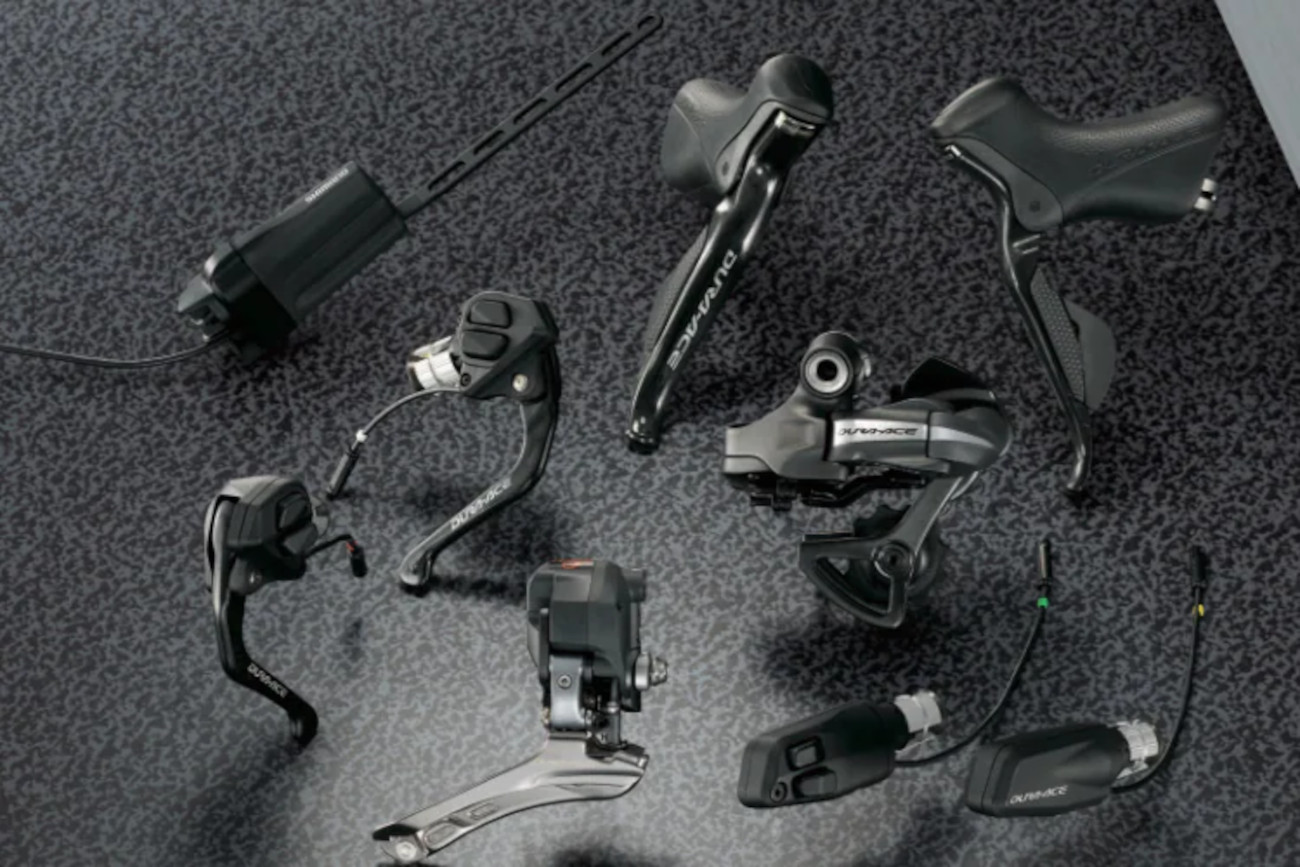 After all the research, prototypes, anticipation and debate over Shimano’s foray into electronic gear shifting, the lid was finally lifted in 2009 and out leapt the new, electronic DURA-ACE 7900 Di2. This groupset was the first to replace the age-old mechanical cable shifting layout with a wired electronic system, all powered via an external battery. It turned heads, but despite raising the bar in gear shift efficiency and precision, it had its technology sceptics too. Inevitably time would show the doubters and over the next few years this technology became rooted at the core of competitive cycling. Now, every pro team on Shimano uses Di2, helping drive a growing popularity among consumers too. 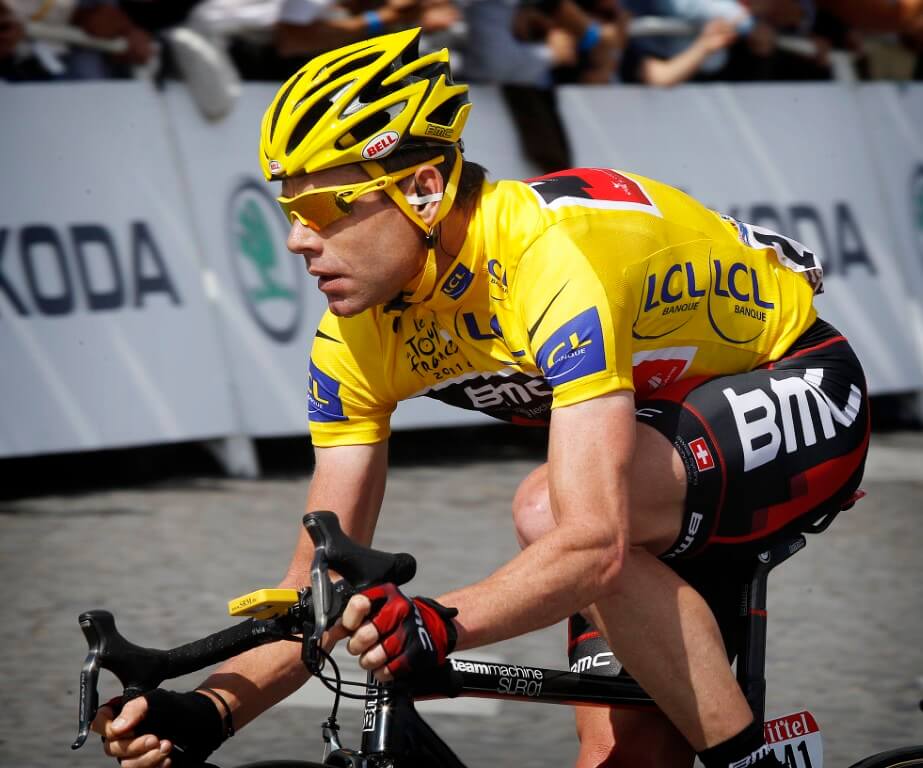 The transition from 10 to 11-speed came with the launch of DURA-ACE 9070 Di2 —a groupset that brought a raft of other groundbreaking changes with it; including four-arm chainsets, dual-pivot rim brakes, and smaller, lighter derailleurs. The launch of this new groupset gave Shimano’s designers a chance to tweak the system’s ergonomics, and the resulting taller, wider-spaced buttons on the shifters brought easier shifting in any ride position. Meanwhile the groupset expanded to include time trial single button shifters.

Meanwhile a cleaner aesthetic came through incorporating the battery internally, with options to hide the junction box inside the frame or handlebar for smoother lines, while a slimmer dual-core E-Tube configuration was developed. On the software side, the E-TUBE Project Software, meant shifting could now be customised with a Multi-Shift Function that allowed the rider to program the shifters. 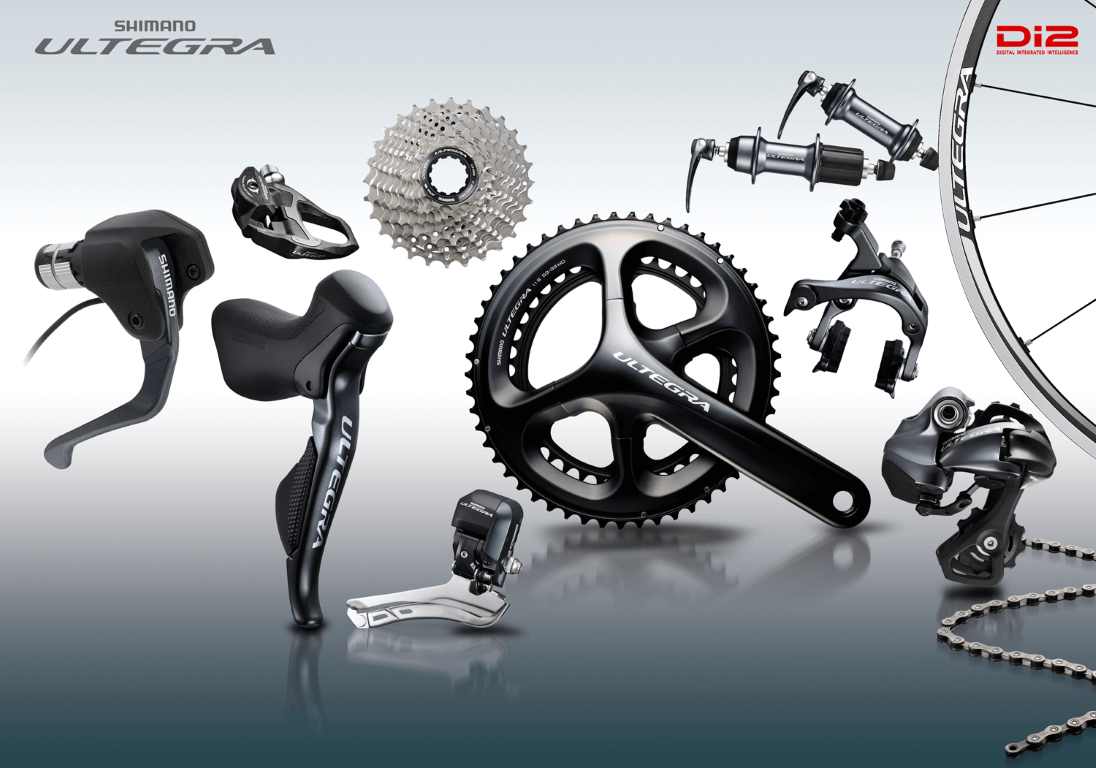 Inevitably the well-accepted, top drawer technology of Di2 had to trickle down somewhere, and it did so via ULTEGRA Di2. While DURA-ACE Di2 was designed for the professional, the second-tier, lower priced ULTEGRA groupset became the go-to for a growing mass of enthusiasts looking for slick, accurate shifting under load. In 2013 ULTEGRA Di2 R6870 was launched to an already eager audience, spreading the appreciation of electronic shifting even more widely.

ULTEGRA emerged as an 11-speed groupset that shared all the same electronic technology as its DURA-ACE Di2 older brother, but to widen its appeal beyond the hardened pro and be a little more sympathetic to the enthuiastic sport rider, its rear derailleur was made available in two versions, with a long-armed GS accommodating a larger 32t sprocket. Complimenting the electronic trickle down, ULTEGRA also received the four-arm crankset treatment, and offered both disc and rim brake options.

Only six years after its launch, Di2 was already a maturing technology. By now its performance and reliability was proven by its adoption as the default choice among the professional peloton, along with its huge growth in popularity among amateur cyclists too.

While Di2 saw further enhancement through the addition of SYNCHRONIZED SHFITING – a development that enabled the groupset to control both derailleurs – the arrival of DURA-ACE R9150 also saw the first top-tier hydraulic disc brake option integrated seamlessly into the DURA-ACE family. The mountain bike tech influence didn’t stop at disc brakes though, new, low-profile SHADOW RD rear derailleurs that match with sprockets up to 30T increased DURA-ACE’s versatility among a wider spectrum of riders seeking more diverse terrain and challenges.

With envious groupset performance already in hand, it was time to turn to personal performance, and Shimano’s first dual-sided power meter was also offered as an option, bringing with it a crankset with an all-new appearance; its much larger, asymmetric crank arm aimed to provide better shifting at a lower weight. Undoubtedly, after its inception the power meter quickly became instrumental in training and racing at all levels. 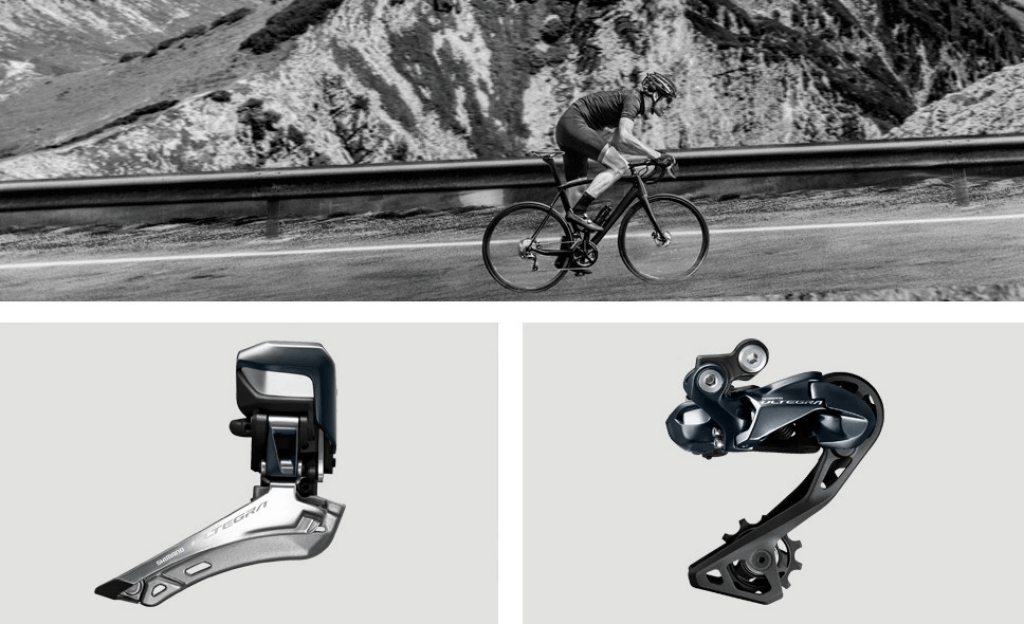 The technological advances in the flagship DURA-ACE continue to trickle down into ULTEGRA groupset, with the R8070 set seeing reduced weights and increased crank stiffness for better performance, along with the appearance of ULTEGRA’s first own hydraulic disc brake. Meanwhile the evolving and increasingly adventurous demands of sport riders were answered by the release of a 34T cassette — a simple but empowering development that helped the ongoing democratisation of electronic groupsets. 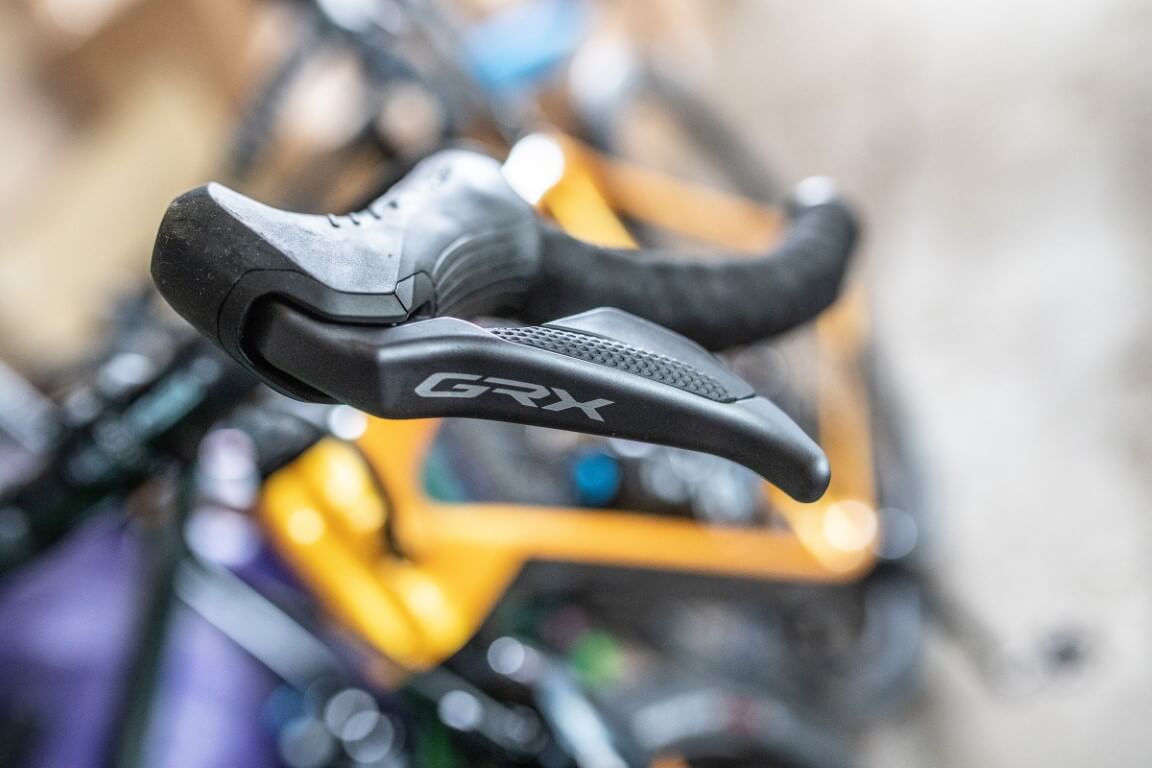 With Di2 winning on asphalt, the new GRX groupset brought the same technological advantages to the gravel rider. A new dedicated gravel bike groupset was launched in a variety of options, offering mechanical or electronic shifting across 10 and 11-speed systems in both 1x and 2x set ups. With such a wide array of possibilities, the GRX series had its sights set on the varied demands of adventure rides both today and tomorrow.

Sitting at the top of the range, the GRX800-series delivers its Di2 technology in both 2x and 1x configurations via radically re-designed STI levers. Reshaped, textured hoods cover an 18mm-higher brake lever axis point – design details that combine to give increased confidence on the most epic of gravel missions. Choosing a 1x set up leaves the left-hand gear lever free to become a controller for ancillary devices, seamlessly adding solutions to the demands of gravel riders.

At home on gravel, GRX Di2 taps into the proven durability and reliability that has come with a decade of DURA-ACE Di2, and promises to bring the same flawless shifting to gravel rides in even the harshest, wettest or dirtiest conditions.

The first intelligent and customisable drivetrain

Just as Di2 truly transformed shifting on modern road bikes by providing instant and accurate shifts at the push of a button, the roll out of ‘satellite’ shift buttons has taken shifting to an even more customisable level. A series of modular satellite shifters can now be harmoniously integrated into the groupset to customise exactly how, or where you select gears: sprint shifter buttons fitted to the hoods for quicker shifting when sprinting, climbing buttons on the tops for easier changes in the seated climbing position and time trial shifters allowing gear changes whilst braking – all are part of the move towards further combining ergonomics with increased performance, and all made possible by Di2.

But such advances don’t stop at shifting dynamics. Fully exploting the potential offered by Di2 means it has the ability to go way beyond smooth, efficient gear shifts: the latest Di2 shifters come equipped with a third button on the top of the shifter hood that networks with a compatible bike computer. The button allows you to scroll through the computer display without removing your hands from the hoods for total control. By connecting to E-TUBE software or app these additional buttons can be programmed and assigned to suit your preferences, whatever your ride style.

Electronic shifting was once a dream, but in a little over a decade it has risen past mere acceptance to become one of the most valued and empowering developments in cycling. Di2 has proven its place at the pinnacle of cycling, the question that remains is what will it do for us next?