In 1982, Shimano 105 was launched to the cycling world, slotting beneath Dura-Ace and Shimano 600 Series (later rebranded Ultegra). The new road group quickly gained popularity as a budget-friendly platform that delivered high-level functionality trickled down from higher-end models. In the ensuing decades, Shimano 105 was updated seven times, each iteration providing ever-improving technology in an approachable package.

This year, as Shimano 105 celebrates its 40th anniversary, the ultimate every-rider road group is getting the ultimate upgrade. Introducing the new Shimano 105 Di2 R7100 Series electronic shifting drivetrain, which once again delivers easier operation, increased reliability, and less maintenance in a more attainable package. Indeed, this eighth version of Shimano 105 signals a new day for the component line while staying true to the group’s original mission to bring affordable performance to more riders. 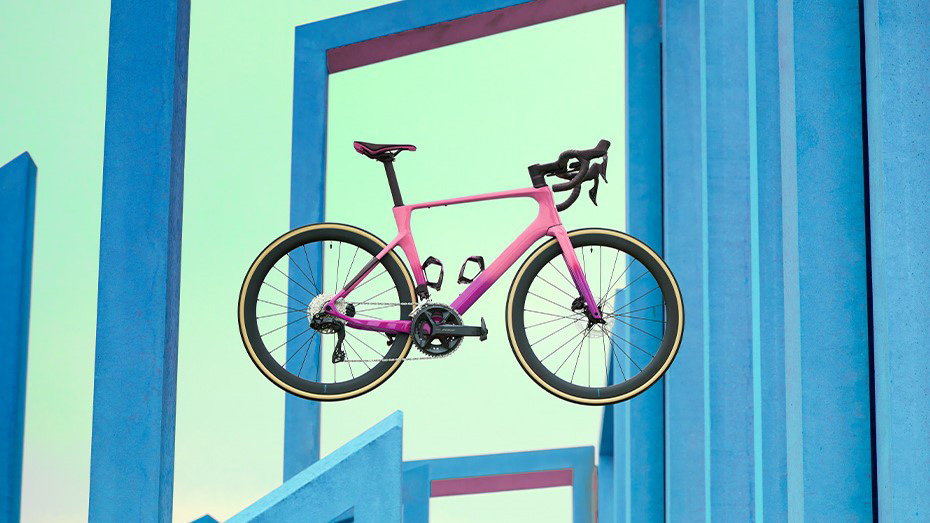 Now riders who have only used mechanical shifting systems can experience the function and technology inherited from recent ground-breaking updates to Dura-Ace and Ultegra. Shimano 105 Di2 R7100 Series is the culmination of years of research and development where flawless wireless shifting, tailored gearing, and an exceptional braking system mark a new era in affordable performance.

Never again will you skip a shift as you fatigue or encounter an unexpected climb. Instead worry-free Di2 shifting keeps you in control in any situation. This is a significant performance advantage over the course of a ride, saving you energy with every gear change and allowing you to focus on what really matters—your friends, your effort and the world around you. This is the ride you deserve. 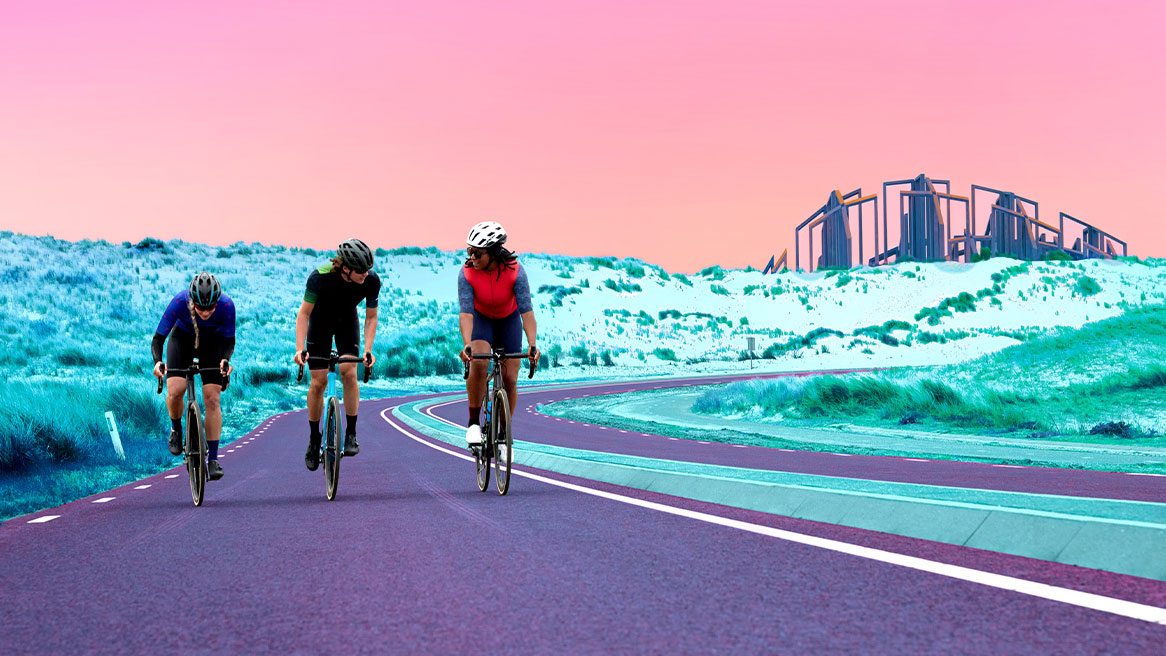 Just as with its original groundbreaking electronic Digital Integrated Intelligence shifting system launched in 2009, this latest version of Shimano Di2 features critical functional enhancements, including a wireless cockpit and the jump to 12-speed. And it’s all been done without any sacrifice to the fast, precise and reliable shifting riders have come to expect from all Shimano road groups. Changing gears is simple and consistent all the time, every time.

Riders new to Di2 will be floored at how quickly and easily you can move from gear to gear, especially at the front derailleur. And don’t worry if you’re not mechanically inclined. Shimano Di2 is simple to set-up and maintain.

Battery life is also best-in-class, with a single charge of the main Di2 power source delivering approximately 1,000 kilometers of worry-free riding. And unlike other wireless electronic shifting systems, there is only one battery to charge and you never have to remove it from your bike for charging. (Smaller, replaceable CR1632 coin cell batteries located in the shift levers last 3.5 to 4 years. ) 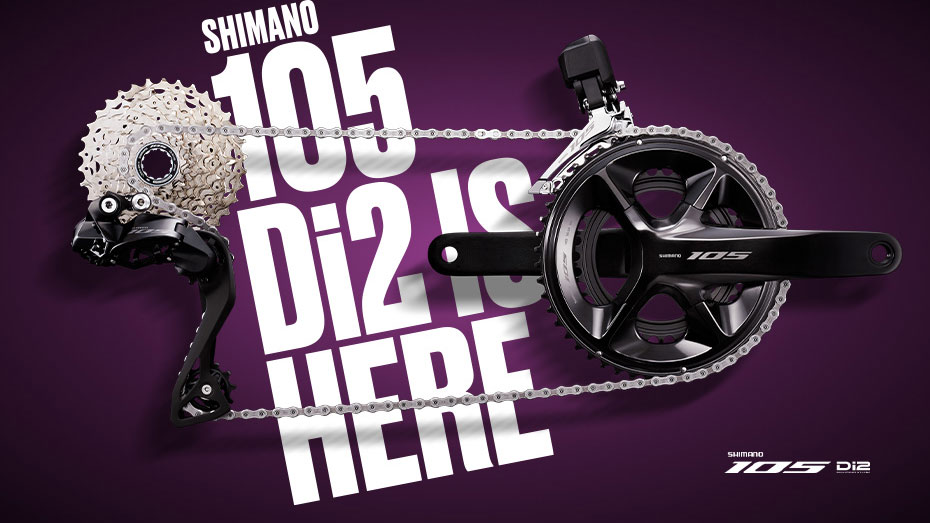 WIRELESS WHERE IT MATTERS

Shimano 105 Di2 utilizes a hybrid system, featuring a wireless cockpit paired with a wired connection between a single, seat-tube-stored battery and the front and rear derailleurs, ensuring absolute reliability in all conditions.

And just like Dura-Ace and Ultegra, the Shimano 105 Di2 system is highly customizable using Shimano’s user-friendly E-TUBE PROJECT Cyclist App on your smartphone. With E-TUBE PROJECT Cyclist you can set-up your drivetrain just the way you like it, adjusting shift speed, altering the number of shifts per button actuation, and utilizing Synchronized and Semi-Synchro shifting functionality.

You can also pair the system with third party cycling computers such as Garmin and Wahoo, which allow you to monitor gear selection or battery status.

The Shimano 105 dual control levers utilize Shimano’s proprietary wireless integrated circuit that features high security, fast processing speed and low power consumption. Contrast that with other wireless platforms and you get a significant decrease in interference probability, faster shift speeds, and longer battery life. And by using a single, internally housed rechargeable battery, charging is straightforward and the battery is completely protected, further ensuring stable and reliable shifting at all times. 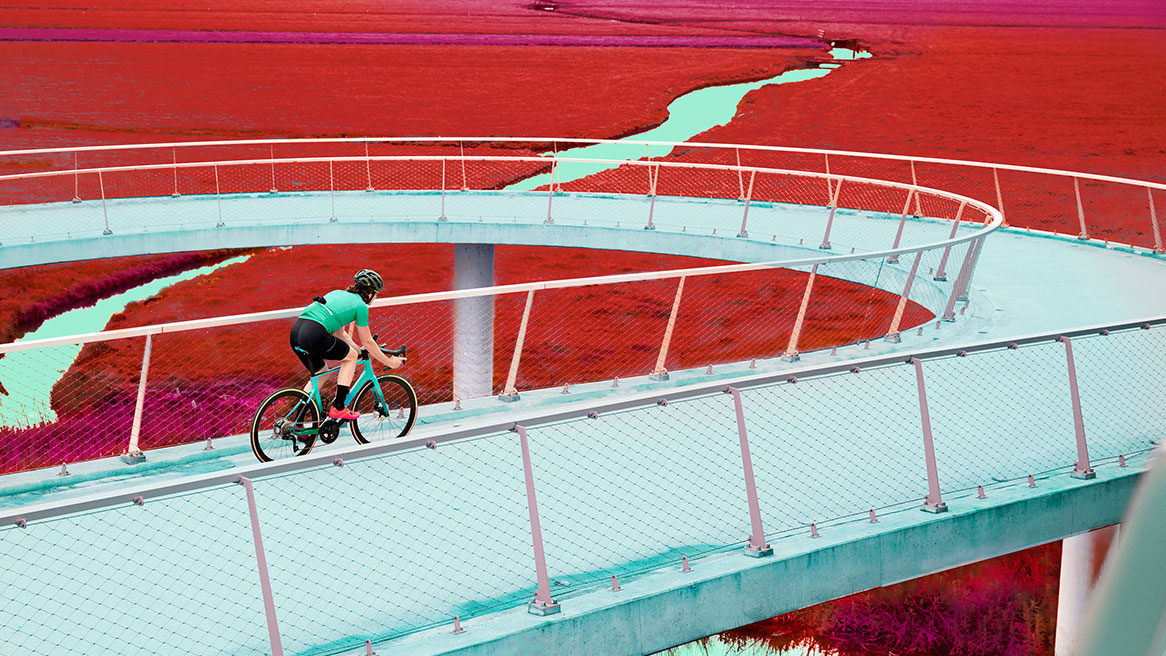 By making the move to a 12-speed cassette, Shimano 105 R7100 Series riders now have the high and low gearing they need, along with an intelligent progression of gear steps in between. This is the result of optimized drivetrain components, which include 11-34 and 11-36 cassette options and 50-34 and 52-36 cranksets. Together they deliver low, even sub 1:1, gear combinations that let riders take on steeper slopes and better control their efforts because gear steps are more closely spaced allowing you to always find a comfortable cadence.

The new system is also backwards compatible, meaning you can use your existing 11-speed freehub-equipped wheels with the new Shimano 105 Di2 drivetrain.

Just as with the latest Dura-Ace and Ultegra groupsets, the new Shimano 105 features a revamped braking system that’s quieter, easier to maintain, and supremely controlled and powerful. Top line features include a fast initial contact point with a wider control zone and 10% wider pad-to-rotor clearance to help avoid brake noise. Home mechanics will also appreciate a more user-friendly bleed process, which can be done without removing the caliper from the frame.

Continuing the theme of affordable trickle-down technology, Shimano is also launching two carbon road wheelsets—the C32 for climbing and C46 for all around use. Both share DNA with the C36 and C50 Dura-Ace and Ultegra wheel options, balancing aerodynamics, light weight and rigidity.