The road racing season gathers speed like Wout van Aert going over the top of a col. It seems like just yesterday it was Omloop Het Nieuwsblad and the year was ahead of us; suddenly, here we are at the finish line in 2022. Blink and you miss it.

It’s been an extravaganza of suspenseful action and daring moves, with some familiar winners and a fair few surprise successes along the way.

Shimano can celebrate all three Grand Tour winners and several Monument victors racing with the new 12-speed R9200 DURA-ACE groupset. The height of Shimano road technology, it is precise, 100 percent reliable and fast. A response to the athletes who seek excellence and never compromise. It’s the choice of champions, as you can see from our pick of the season’s best performers. 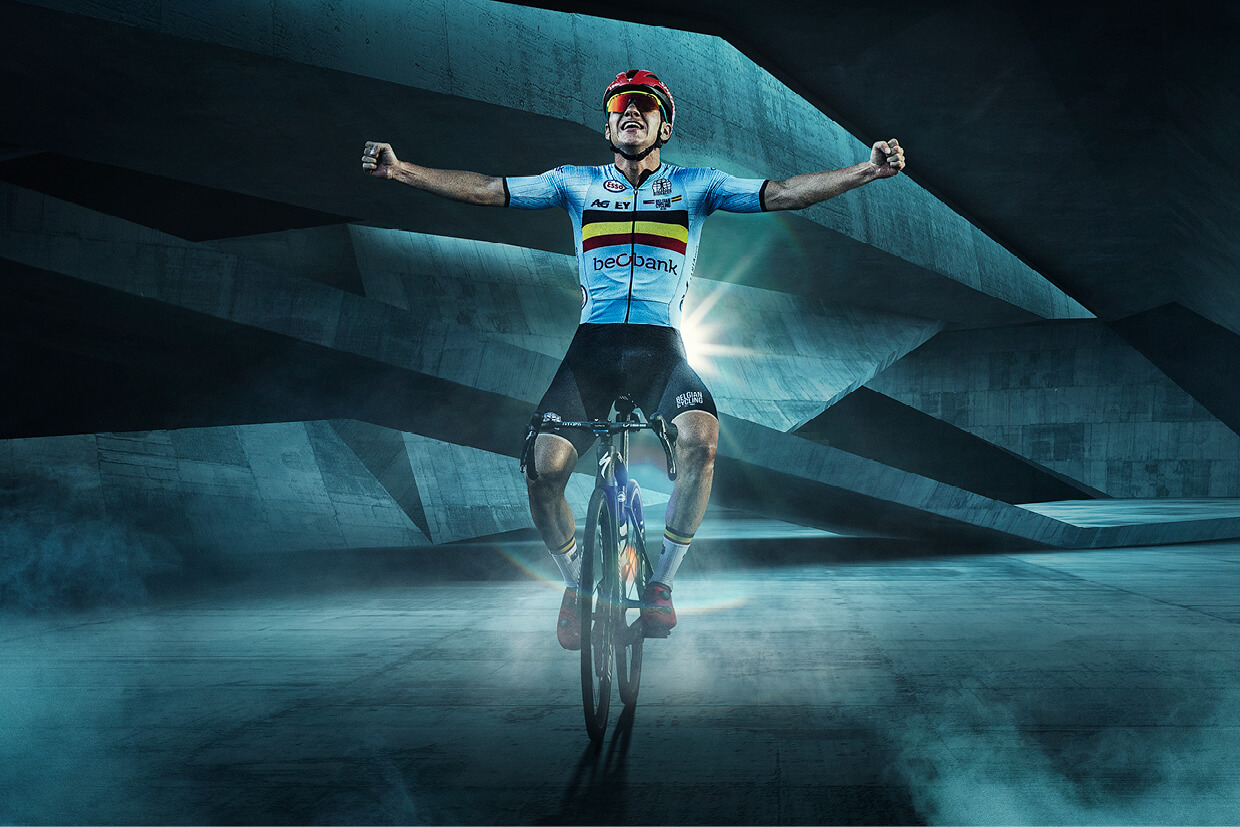 Everyone already knew Remco was seriously talented, but 2022 was the year where he stepped up and confirmed it. Finishing on the top step of the podium in his first very first race, stage one of the Volta a la Comunitat Valenciana, set the scene. Winning became a habit.

Glory at Liège-Bastogne-Liège was the biggest of his career to date, but it was just a warm-up act for his summer. In hindsight, the way he did it – breaking away solo over 30 kilometres – was a warning to the rest.

After dominating the Tour of Norway and winning the Tour de Suisse time trial, he led the Vuelta a España for most of the race. The manner in which he rode away from rivals in the opening week’s tough mountain stages made the difference and will linger in the collective memory.

The cherry on top of his storming year was a clearcut win at the World Championships road race in Australia, riding across to the breakaway and leaving them behind. When Evenepoel puts the power down, no challenger seems to have the answer. Unsurprisingly, the man in the rainbow jersey is the talk of the sport. 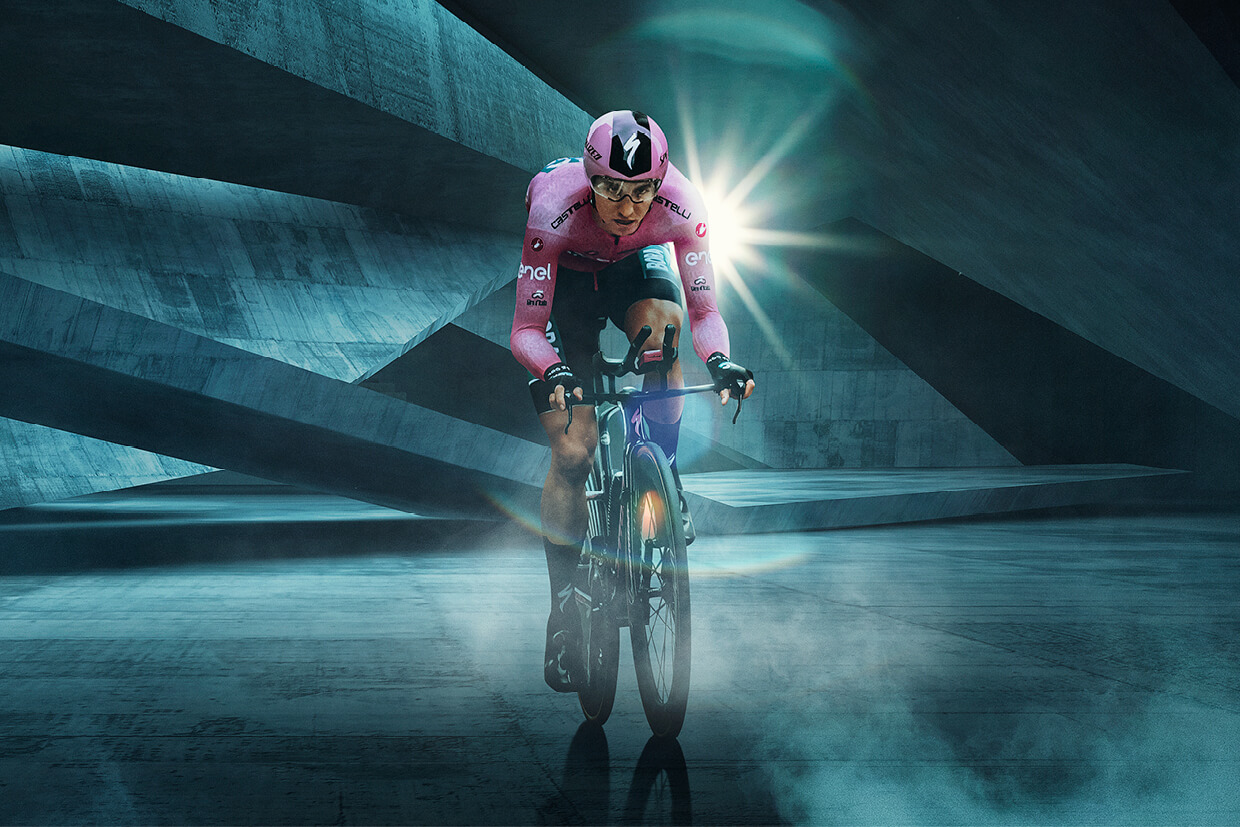 The man from Perth showed his persistence at the Giro d’Italia. As rivals gradually melted away from longtime leader Richard Carapaz, Hindley stayed locked together with the Ecuadorian over the race’s most arduous climbs.

Something had to give, and it did on the Passo Fedaia a day before the finish as Hindley kicked away decisively. The result was a first Giro d’Italia win for Australia and a feather in the cap for Bora-Hansgrohe, transforming into a team that can triumph in Grand Tours.

As for Hindley, it was sweet vengeance after his close second place in 2020. A Tour de France debut beckons: time to see what this laidback climber can do in the biggest race.

Another break-through act came from Jumbo-Visma’s dazzling Dane. He came into this year’s Tour de France as the runner-up, motivated even more by the Grand Départ in Copenhagen.

Vingegaard was undaunted by problems on the cobbles of the Tour de France and the fast start of Tadej Pogačar. The race exploded into life on stage 11, as he put almost three minutes into the Slovenian on the Col du Granon after attacking repeatedly. Such a margin had seemed practically inconceivable.

For the rest of the race, Vingegaard resisted his rival’s attacks and showed his supremacy, winning a second stage on Hautacam. A deserved Tour champion, he was also feted for his fair-play, waiting for Pogačar after a crash on one descent. There will no doubt be more brilliance from Vingegaard and more battles between the pair. 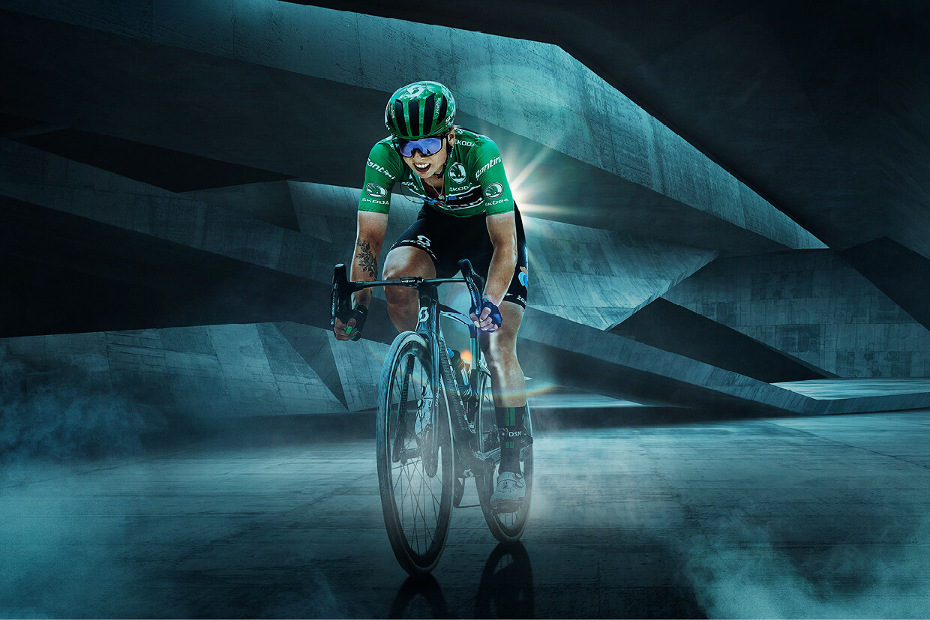 If you haven’t got a quick mind, you need a calculator on hand to keep track of the wins of Lorena Wiebes. No sprinter is more reliable or consistent. In the finales, she seems to have a different gear to her rivals: it only takes a few pedal strokes and Wiebes is away from the opposition.

In her most prolific season to date, she won two Tour de France Femmes avec Zwift stages, the European championships road race, the Ronde van Drenthe, three Women’s Tour stages and did a clean sweep at the RideLondon Classique. 23 wins in all for the 23-year-old. 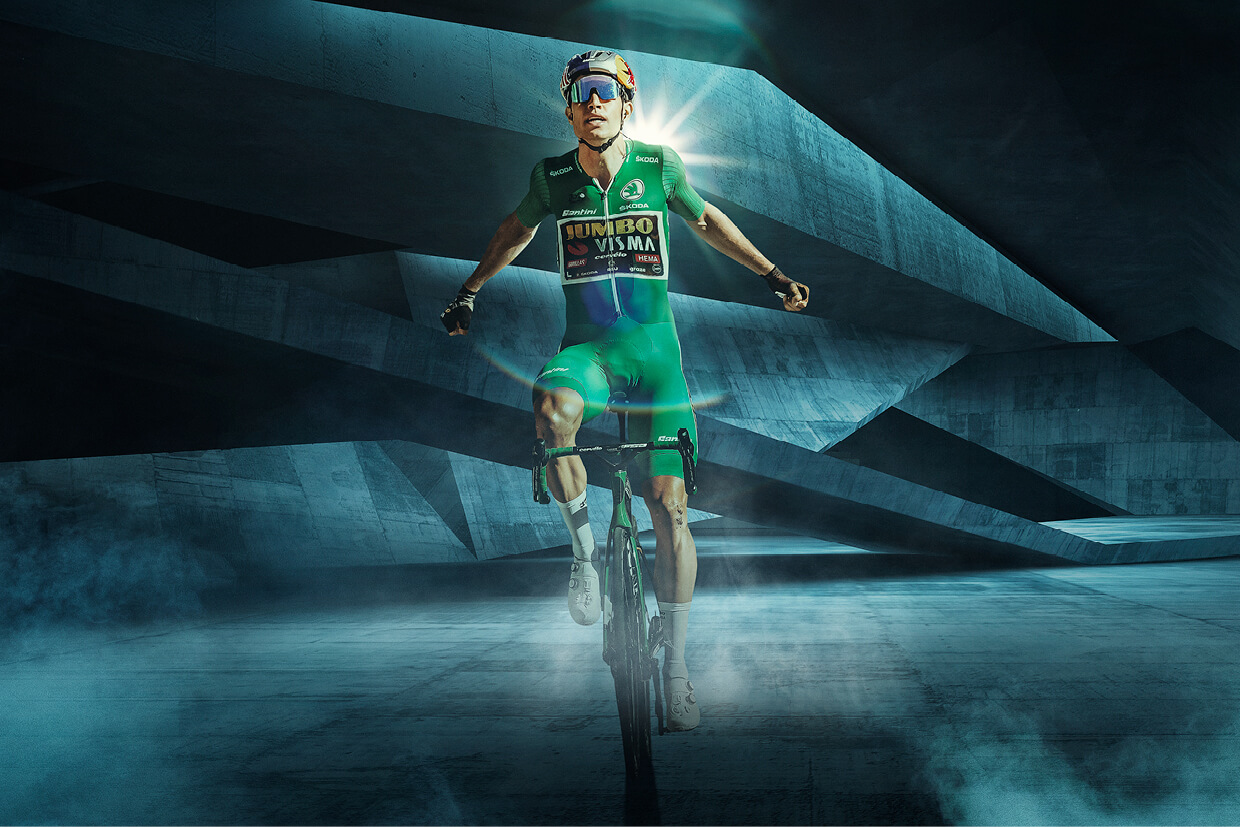 Is there anything Wout can’t do? He won three Tour de France stages in three distinctly different ways – solo attack, bunch sprint and time trial. The green jersey was an inevitability. Throw in Omloop Het Nieuwsblad, podium finishes at Paris-Roubaix and Liège-Bastogne-Liège and more wins against the clock.

His peerless strength and versatility can be a weakness, with other riders watching him and relying on him to work. No wonder he narrowly missed a Monument success in 2022.

Wout still wows, but his French right-hand man was eye-catching too. Jumbo-Visma newbie Christophe Laporte seemed to only get better as the season went on. A Paris-Nice stage win, part of a team 1-2-3, was an omen before his Tour de France stage win, amidst protecting captain Jonas Vingegaard. World Championships road race silver Down Under was confirmation that Jumbo-Visma have some scarily good options for success in their ranks. 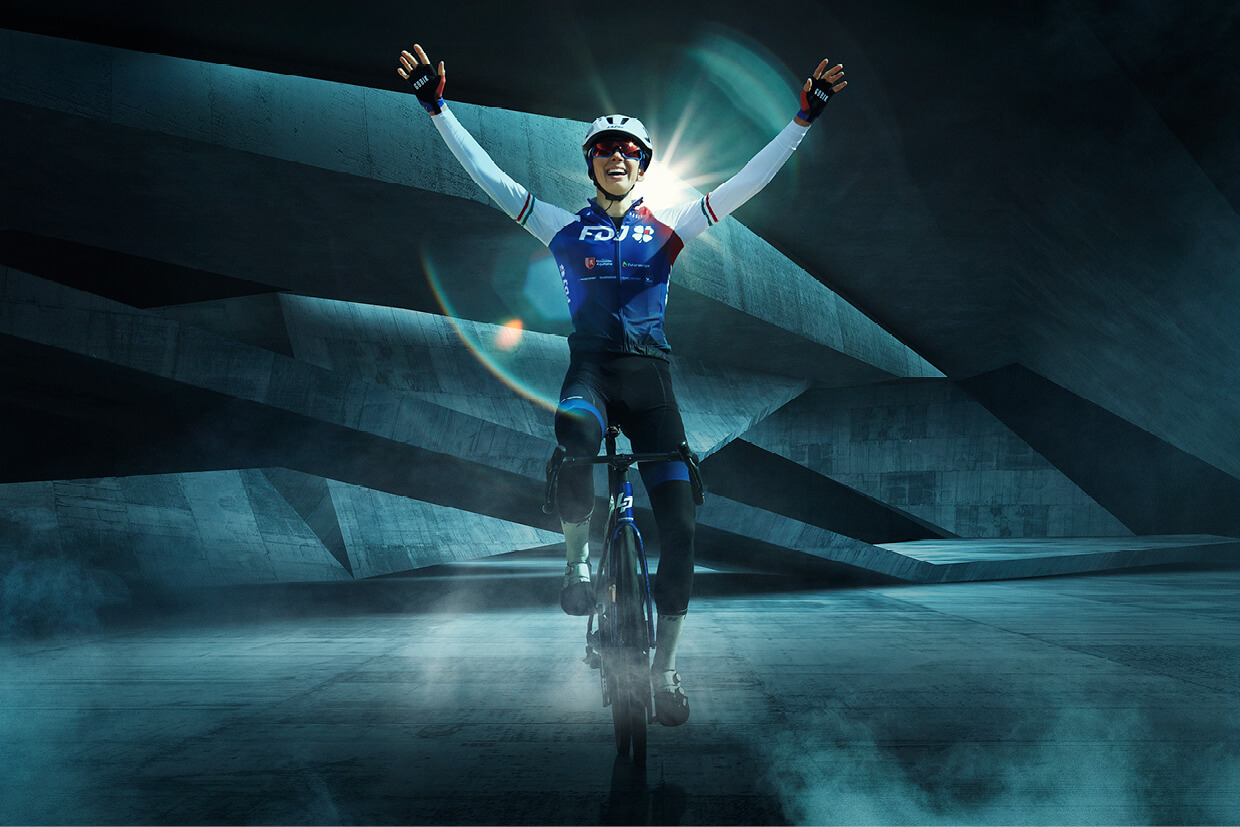 The Italian was the unexpected toast of the spring calendar. Cavalli mixed victories at the Amstel Gold Race and the Flèche Wallonne with fifth at Paris-Roubaix. Not bad for a 53kg lightweight who excels in the mountains, as she demonstrated by crossing the line first on Mont Ventoux in the Dénivelé Challenges.

Second place at the Giro d’Italia followed, attacking race leader Annemiek van Vleuten on the steepest gradients. Although a crash took her out of the Tour de France Femmes avec Zwift, she was arguably the breakthrough rider of the women’s WorldTour this year, going from the fringe to the front line of contenders. Italy has a glorious generation of exciting racers. 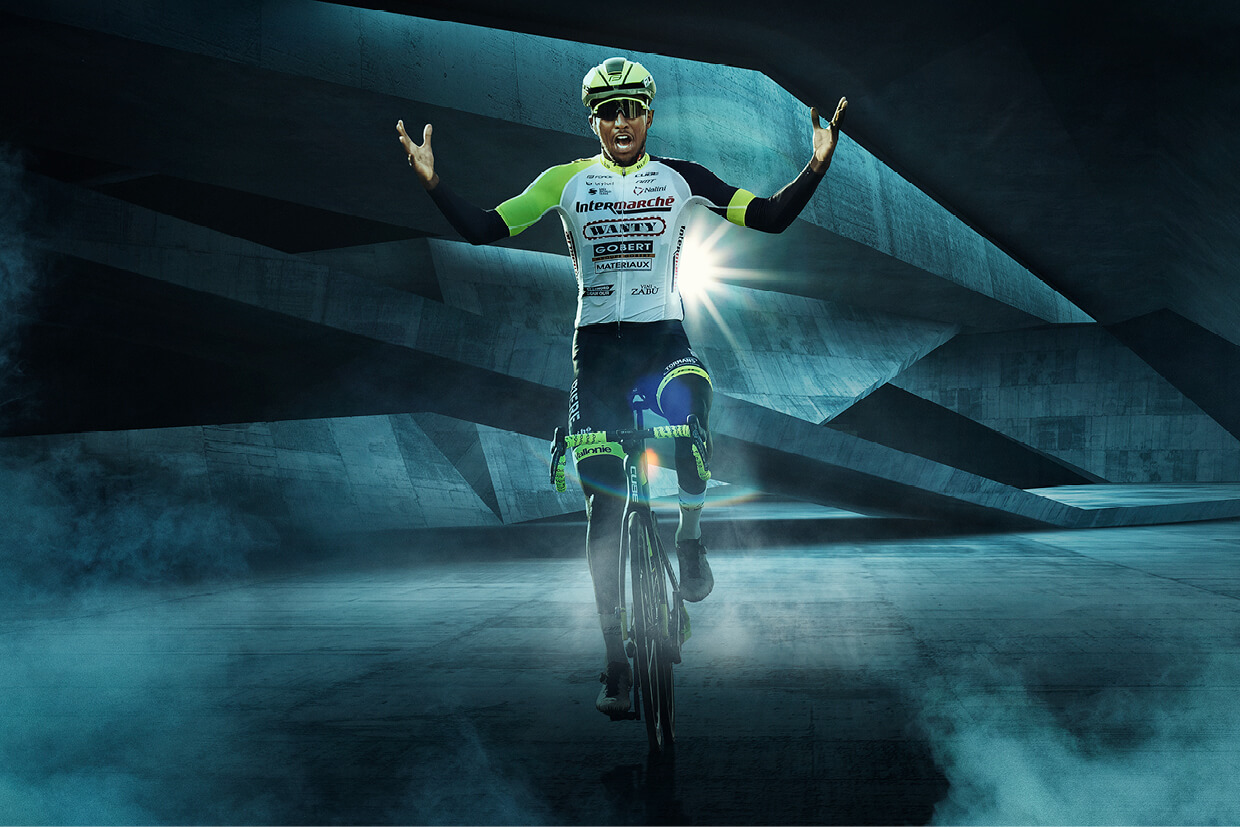 When it comes to breakthrough acts of 2022, it’s hard to look past Biniam Girmay. The youngster might hail from Eritrea, but he loves Belgian racing. In his first season at WorldTour level, he showed his mettle at Ghent-Wevelgem, outsprinting Christophe Laporte from a breakaway and giving fans one of the moments of the cycling season.

Confirmation of his class and versatility came at the Giro d’Italia, with a hard-fought stage win over Van der Poel. Even his exit from the race was memorable, popping himself in the eye with a prosecco cork on the podium. African cycling has never had an authentic challenger like this who can get over punchy hills and beat the best in sprints – and it’s fantastic to see.

Decades pass and generations change, but Marianne Vos is evergreen: still classy, tactically clever and clocking up the wins. She enjoyed a brace of stage wins at the Giro d’Italia and Tour de France, which also saw her take the green jersey. She was pipped to another victory there by Cecilie Uttrup Ludwig (FDJ-Suez-Futuroscope), enjoying her own scintillating summer.

Mrs. Versatility saved the best for last, with four Tour of Scandinavia stage wins. The cyclo-cross season and more glory beckons for a woman who can lay a claim to being the greatest cyclist of all time.

You might say that no racer had greater misfortune in 2022 than poor Primož. Crashes hampered his bids to win the Tour de France (though he still served as the Robin to Vingegaard’s Batman) and then the Vuelta a España. However, don’t forget the highs too: the Slovenian was on top at Paris-Nice and the Critérium du Dauphiné.

He is a king of comebacks and a master of dealing with disappointment, so expect to see him at the front with better luck in 2023. Well, it could hardly be worse.

The pick of his year was the Ronde van Vlaanderen. He was the only man who could stay with Tadej Pogačar when he went all-out over the Paterberg. Riding into the finish, MVDP showed all his wisdom and guile, beating his rival in the sprint as the chasers caught up.

This flying Dutchman pulled on the maglia rosa after winning stage one of the Giro d’Italia and was up the road in several breakaways there. He could not keep up such high notes for the rest of the season, but it can never be a poor year with a Monument trophy in the cabinet.

Second at the Tour of Flanders was a sign of Van Baarle’s form, but a week later at Paris-Roubaix, Dylan was electric.

In a rapid edition, more dustbowl than diabolical Hell of the North, he made the right moves, and rode the last 19 kilometres alone. The 30-year-old might rarely be the biggest favourite for a race, even after this success, but he is strong, smart and clinical.

With her power and timing, Brown marked herself as a danger-woman from breakaways and time trials. Second place at Liège-Bastogne-Liège capped her soaring spring, while she shone on British soil with a Women’s Tour stage and Commonwealth Games gold against the clock.

After another stage win at the Ceratizit Challenge in Spain, the best came on home turf. Close to where she grew up in Australia, she almost toppled Ellen van Dijk, coming away with World Championships time trial silver. The curve of gradual improvement continues for this latecomer to cycling. 2023 could bring yet more spoils.

Call him the smiling assassin for the look on his face as he turns the screw on opponents. He was denied a second Giro d’Italia title at the last gasp by Jai Hindley, who grabbed the maglia rosa with the finish almost in sight. Then, his GC hopes collapsed early on in the Vuelta a España and he had to reassess.

Carapaz channelled his disillusion and became an expert poacher, winning three stages and the Mountains competition. He’s a bike racer’s racer, with a dream instinct for when to make his winning move. EF Education-EasyPost have picked up a diamond for 2023.

Teammate Geraint Thomas also showed his stage racing prowess once again. Ageing like a fine wine, the 36-year-old was third at the Tour de France and won the Tour de Suisse, one of the few prestigious week-long stage races that had been missing from his palmarès.

There’s a big, quick-thinking cast of helpers in blue casting a watchful eve over cycle sport’s racers. The Shimano Neutral Service team is on hand with their cars and motorbikes at cycling’s big events to provide wheel changes, spare bikes and fix mechanical woes. Our mechanics are ready to leap into action with their mobile workshop.

It’s a year-round mission, whether on the cobblestones of Paris-Roubaix, the gravel of Strade Bianche, the twisting tarmac of junior and para-cycling events or the Tour de France Femmes avec Zwift’s mountains and valleys. There are six Neutral Service teams operating around Europe, totalling 560 race days. The sport simply wouldn’t be the same without them.