Flanders is the centre of the cycling world. Its low hills, drab villages, and farmers’ fields are the arena for some of professional cycling’s most exciting races. In spring, hundreds of thousands of Flemish fans brave wind and rain to head into the countryside and watch pelotons race over their cobbled roads and steep climbs. Every young bike racer dreams of winning the Ronde van Vlaanderen. Summer is kermis season. Most towns host circuit races during their summer carnivals, and locals gather to drink beer and speculate on the winners, be they pros, juniors, or amateurs. This fall, Flanders will host cycling’s greatest festival: the world championships.

It will be a week-long celebration of the sport, with races starting and finishing in the glittering medieval cities of Antwerp, Leuven, and Bruges, as well the seaside resort of Knokke-Heist. Eleven rainbow jerseys are waiting to be won. 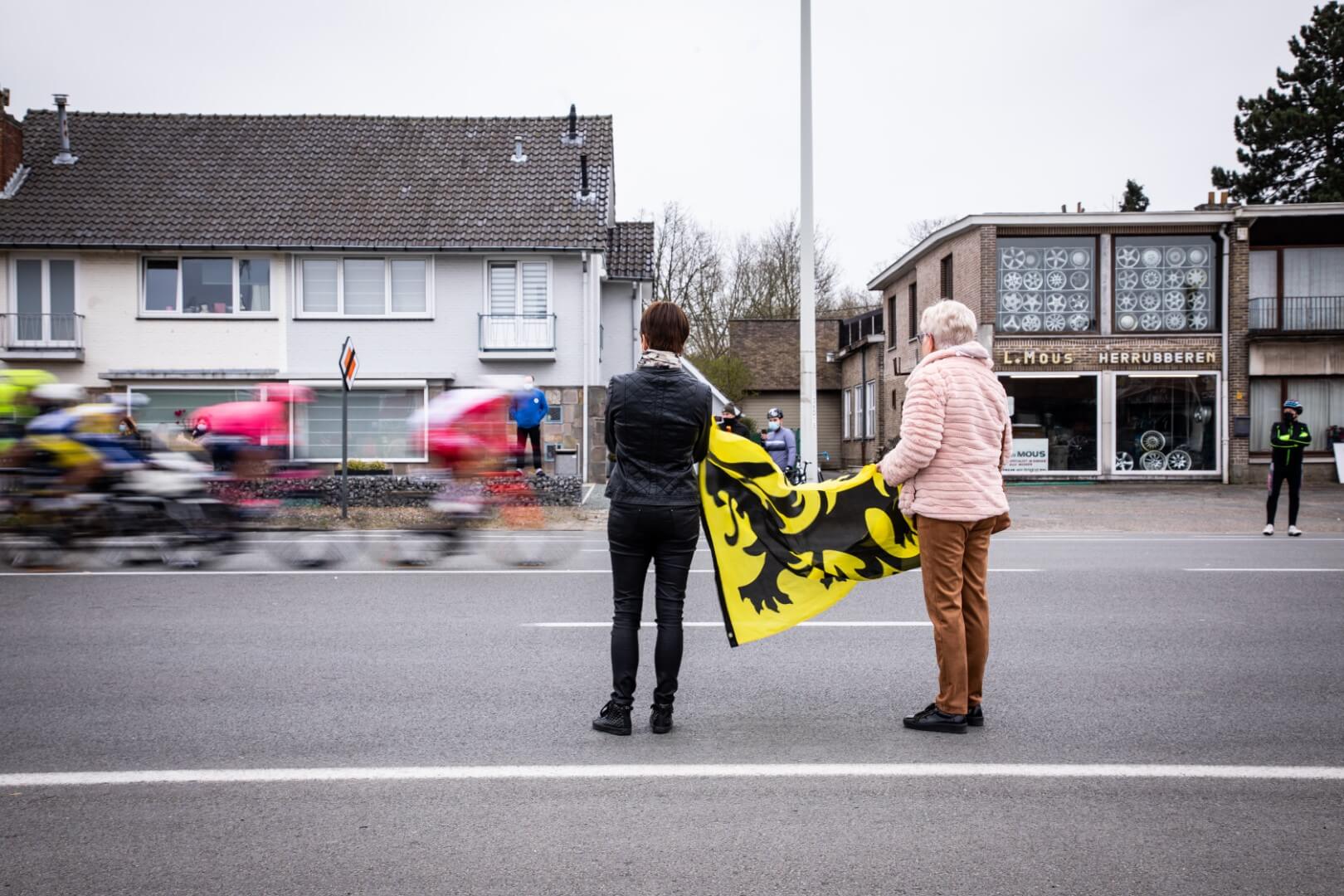 The time trials will be flat and fast. Racing gets underway on Sunday, the 19th of September, with the Men’s Elite Individual Time Trial. The 43.3-kilometre test will start in Knokke-Heist and run inland with a loop through the countryside before the finish in Bruges. There is hardly a hill on the course, but wind is sure to be a factor. It blows in off the North Sea and rakes the landscape. The riders will struggle to find shelter.

The Women’s Elite and Men’s U23 time trials then follow on a 30.3-km parcours over similar terrain on September 20. On the 21st, the Junior Men’s and Junior Women’s TTs will race straight inland from Knokke-Heist to Bruges. Then, on the 22nd, there’s the Team Time Trial Mixed Relay. National teams comprised of three men and three women will race 44.5 kilometres. The men will complete the first 22.5-km leg, and then it will be up to the women.

The road races will get started on Friday, September 24 with the junior men’s event, which will be raced on a tough, hilly circuit in the centre of Leuven, where the junior women will race the next day as well.

Meanwhile, the U23 men’s race will start that same Friday in Antwerp. They will cross Flanders before arriving in Leuven and completing 1.5 laps of the local loop, and then head back out into the Flemish hills for a brutal lap called the ‘Flandrien circuit’. They will finish with another 2.5 local laps in the Leuven. The course for Saturday’s Elite Women’s Race is almost identical.

Sunday’s race for Elite Men will cover the same terrain. After racing to Leuven from the start in Antwerp, the men’s peloton will do 1.5 laps of the local circuit, a lap of the ‘Flandrien circuit’, four laps of the circuit in Leuven, and then another lap of the Flandrien circuit, before finishing with 2.5 laps in Leuven. In total, the Elite Men will face 42 climbs and 2,562 metres of vertical ascent. The race favours explosive classics riders who have the endurance to last the full 286.3 kilometres. 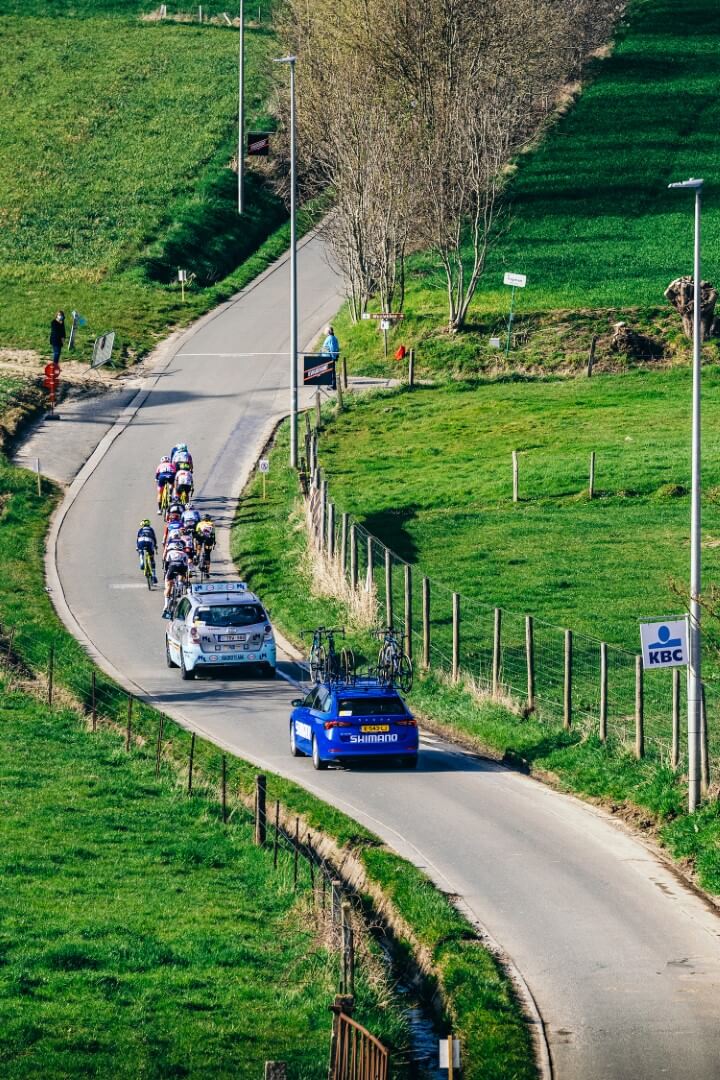 This will be the tenth time that Belgium has hosted the road cycling world championships. Riders will hope to follow champions such as Mario Cipollini, Susanne Ljungskog, Maurizio Fondriest, Hennie Kuiper, Briek Schotte, and Alfredo Binda, who all won rainbow jerseys in Belgium. It will also be the 100th anniversary of the UCI world championships. The first titles were awarded in Copenhagen in 1921 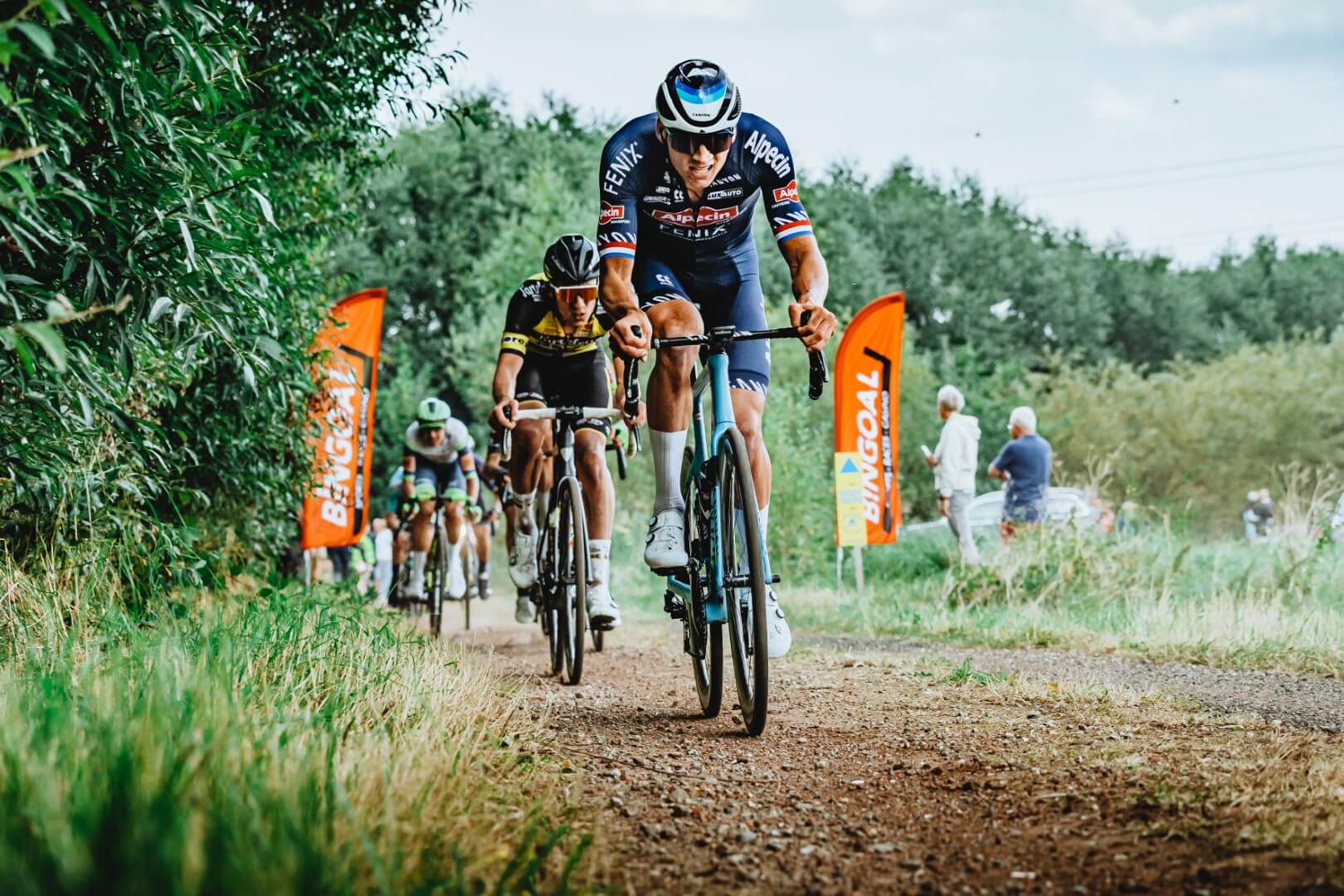 This year’s world-championship course has Mathieu van der Poel’s name written all over it. On short, steep climbs, the Dutch phenom is the most explosive rider in the peloton. Unfortunately, a back injury kept him out of competition after his crash in the Olympic mountain-bike race. He recently returned to racing with a victory at the Antwerp Port Epic. No one will count him out. 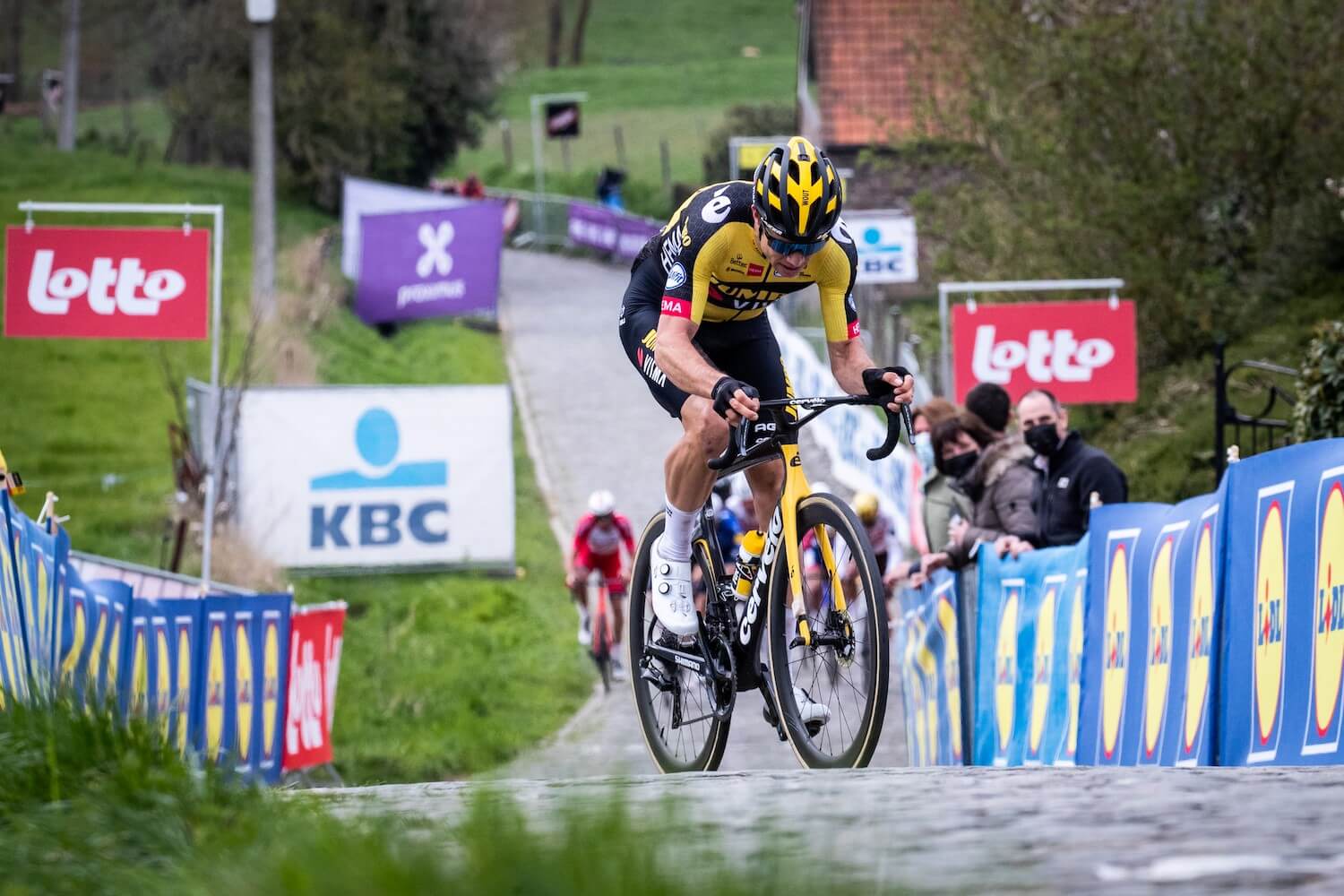 Flemish cycling fans would love little more than to see one of their own win the rainbow jersey. After an awesome Tour de France, Wout van Aert is the top favourite for this year’s world championships. He is the undisputed captain of the Belgian team for the road race and a contender for the time-trial title. 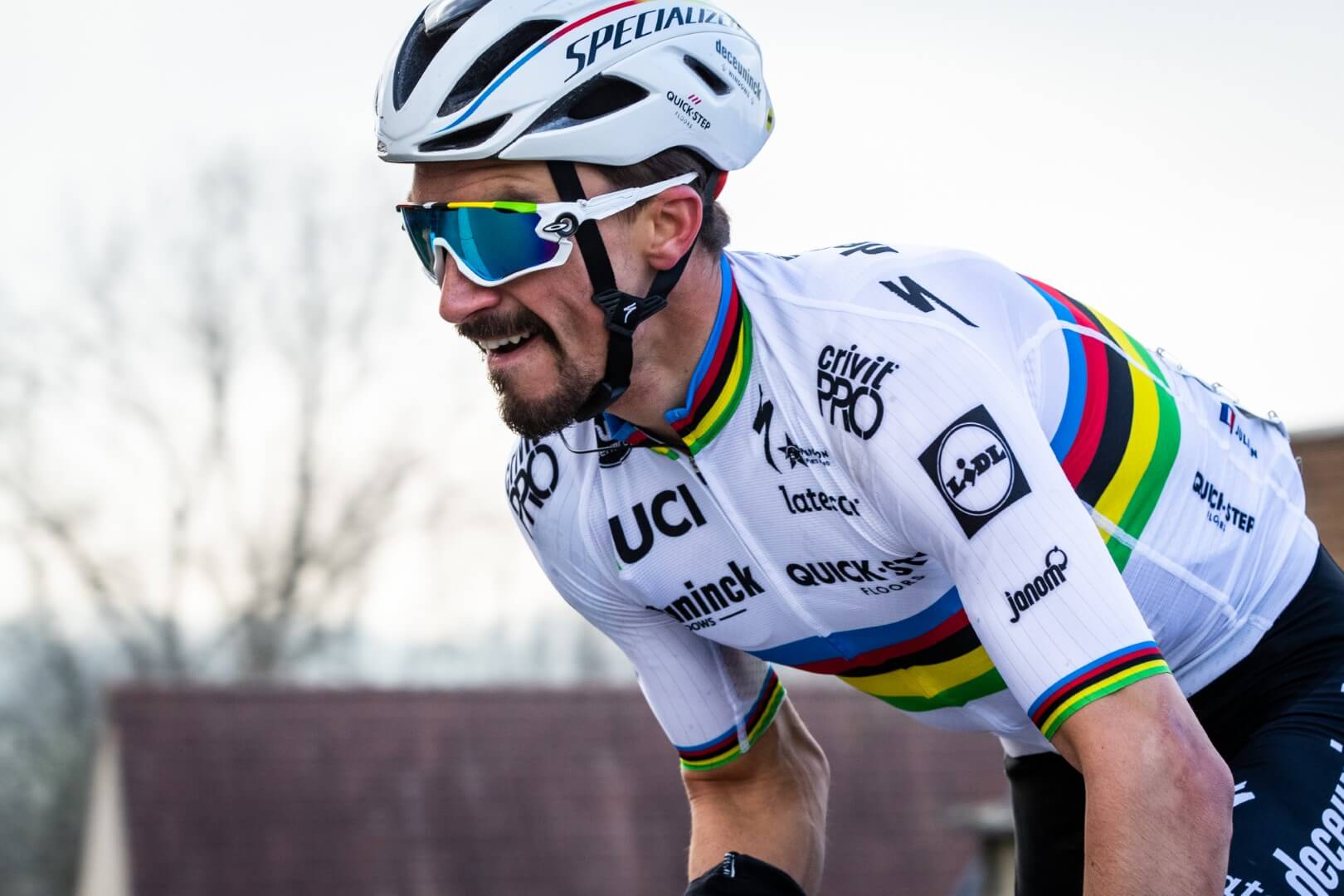 Reigning world champion Julian Alaphilippe has a chance to wear the rainbow jersey for a second year running. The French puncheur will love the course. If he can keep his head, he will be very, very hard to beat. 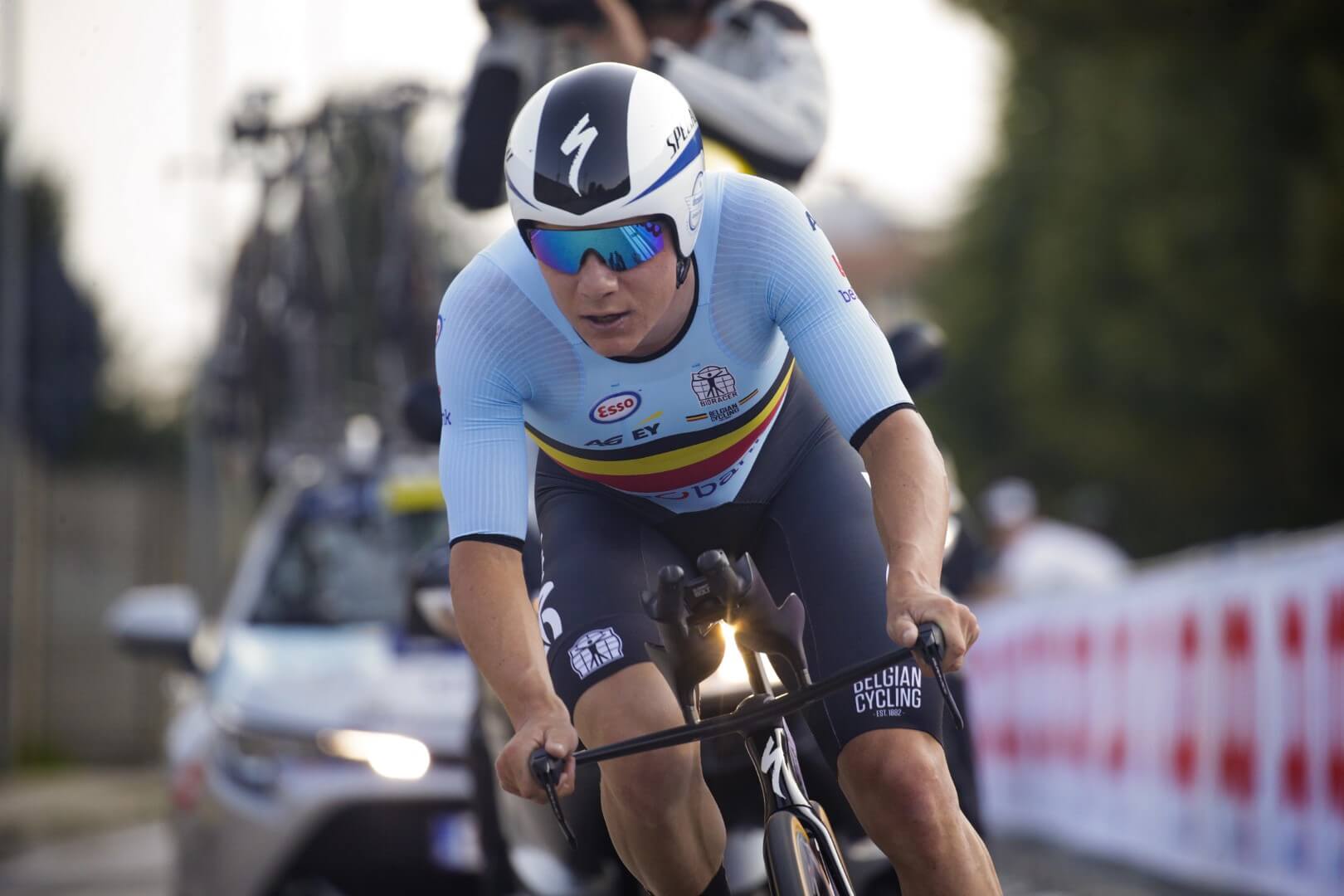 Hearts will flutter in Flanders if boy-idol Remco wins a rainbow jersey. He has promised to ride for Wout van Aert in the road race, but could very well win the time trial. A born champion, he will seize any chance that he gets. 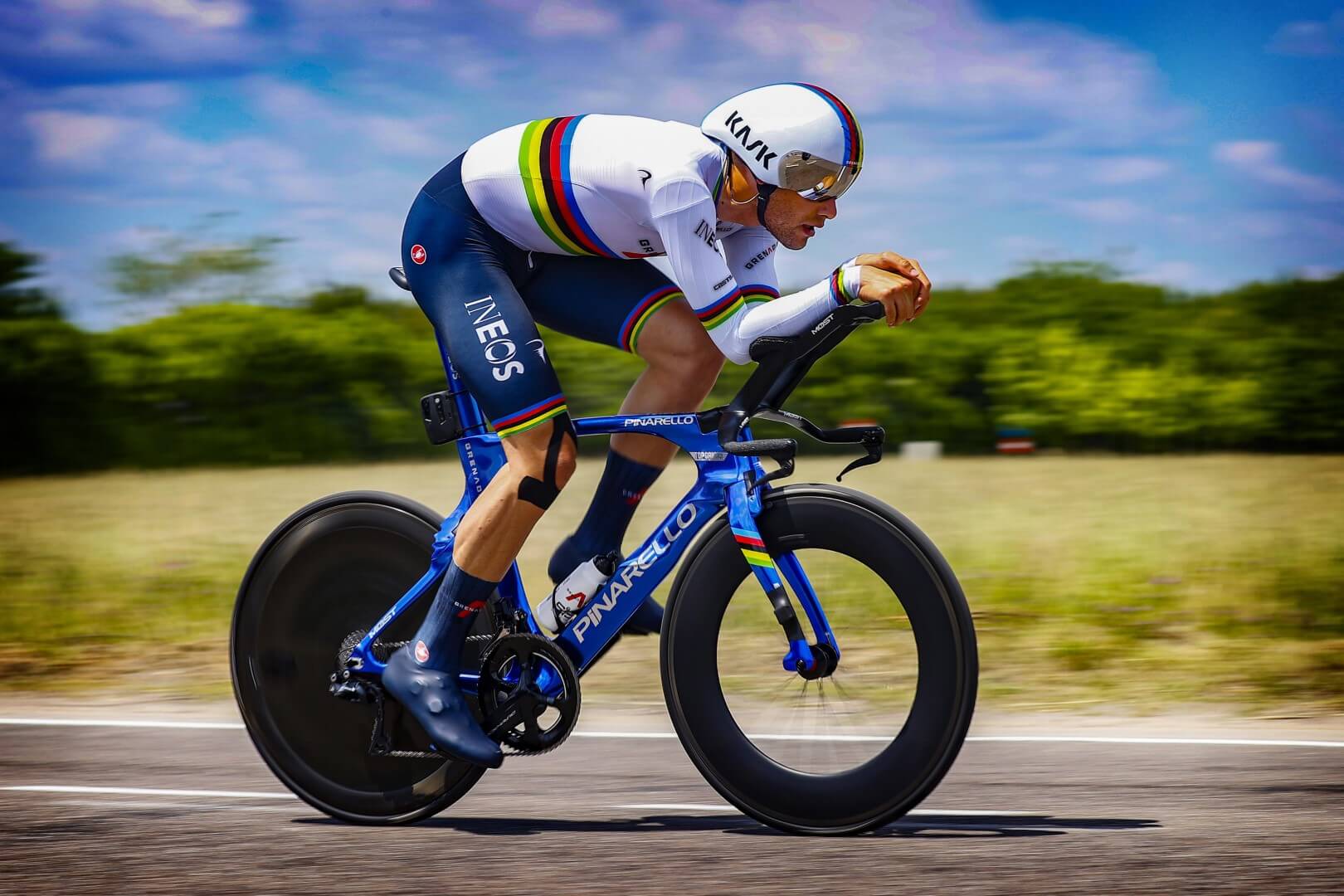 On his day, Filippo Ganna is the best time trialist in the world. The reigning world champion wasn’t indomitable this year, but will be gunning for gold on the roads between Knokke and Bruges. He is coming off an incredible ride in the team pursuit at the Olympics and a silver medal at the European TT championships. 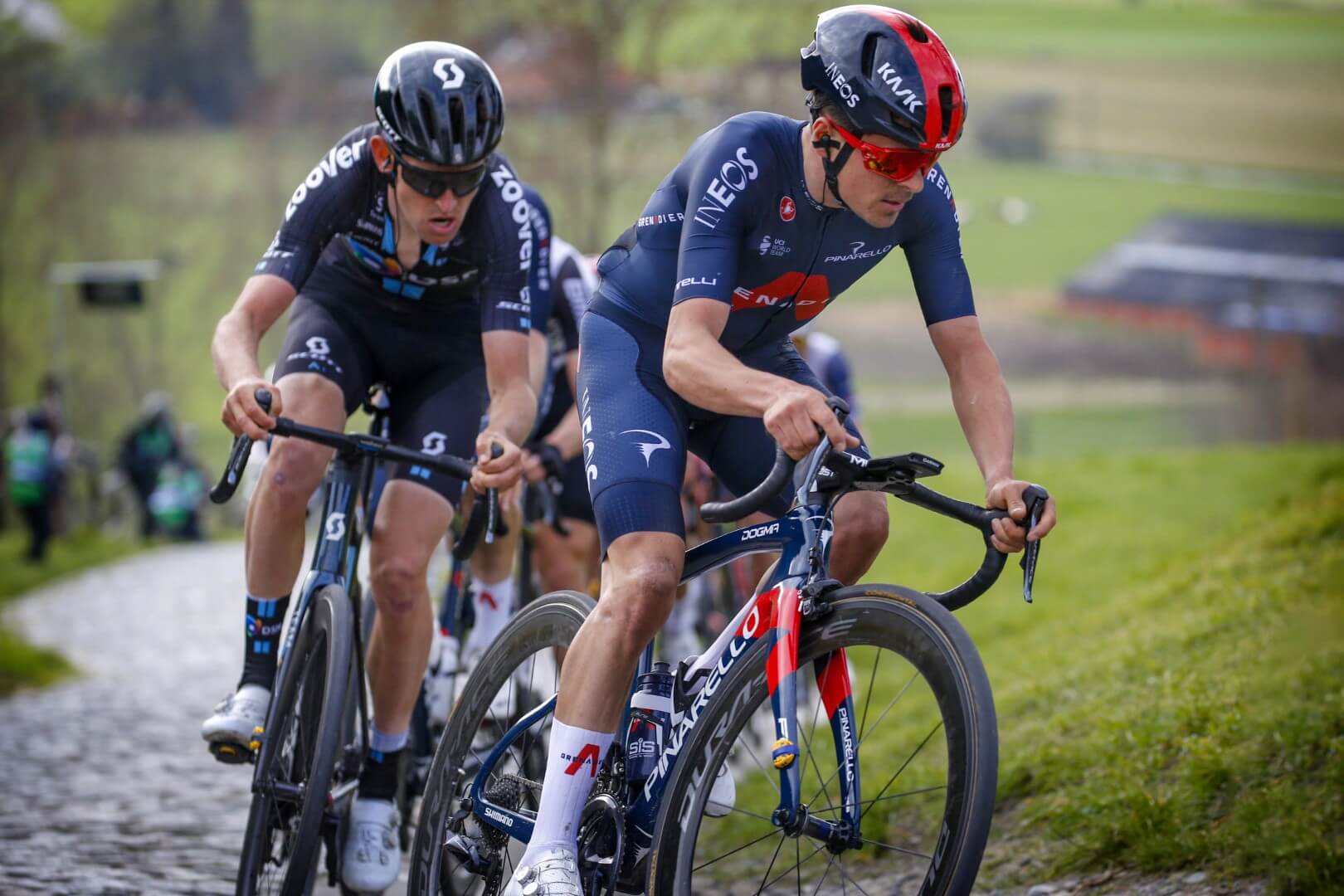 Tom Pidcock had a hard go at the Vuelta. After winning gold at the Olympic mountain-bike race, he had taken a few weeks off and lost some of his top-end power. The Spanish grand tour did wonders for his fitness. Could a Brit pull on the rainbow stripes? The world-championship parcours in Flanders suits Tom Pidcock very well. 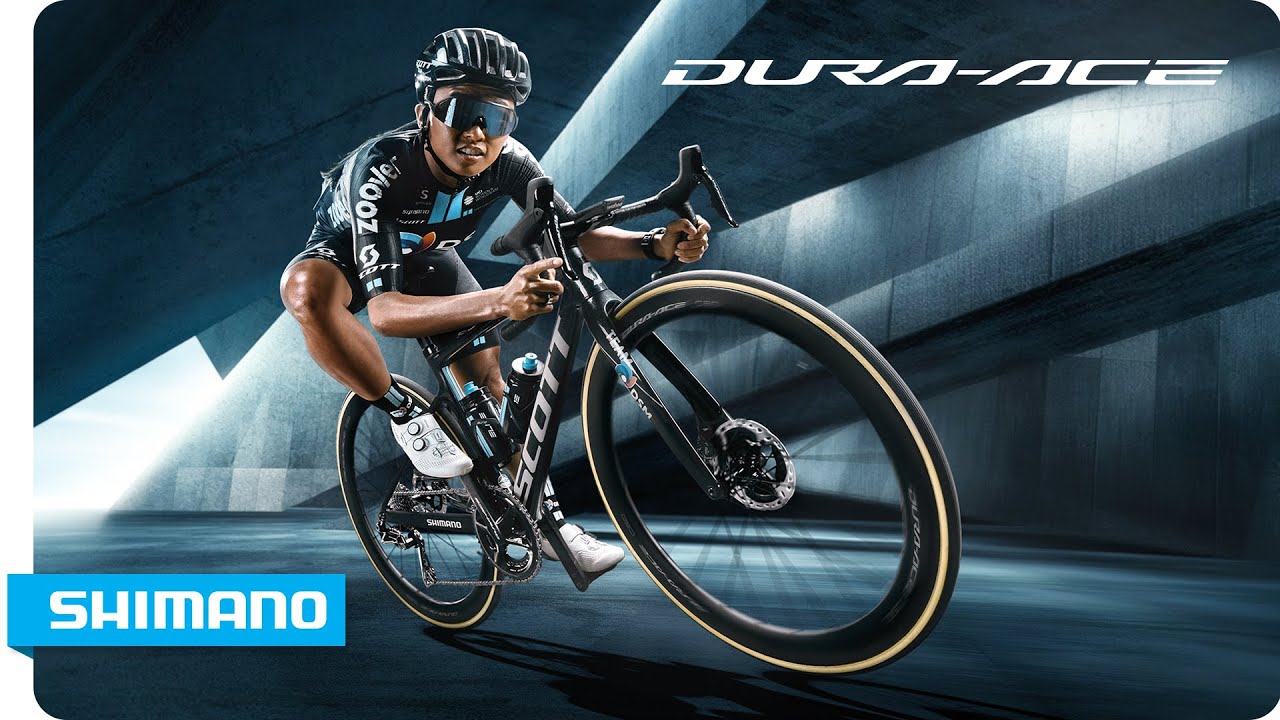 Coryn Rivera wants to become the next American to win a world championship on the road. Lance Armstrong, Greg Lemond, Beth Heiden, and Audrey McElmury are the only riders from the States who have done so. This year’s race, with its punchy climbs, suits the 2017 ladies’ Tour of Flanders champ. 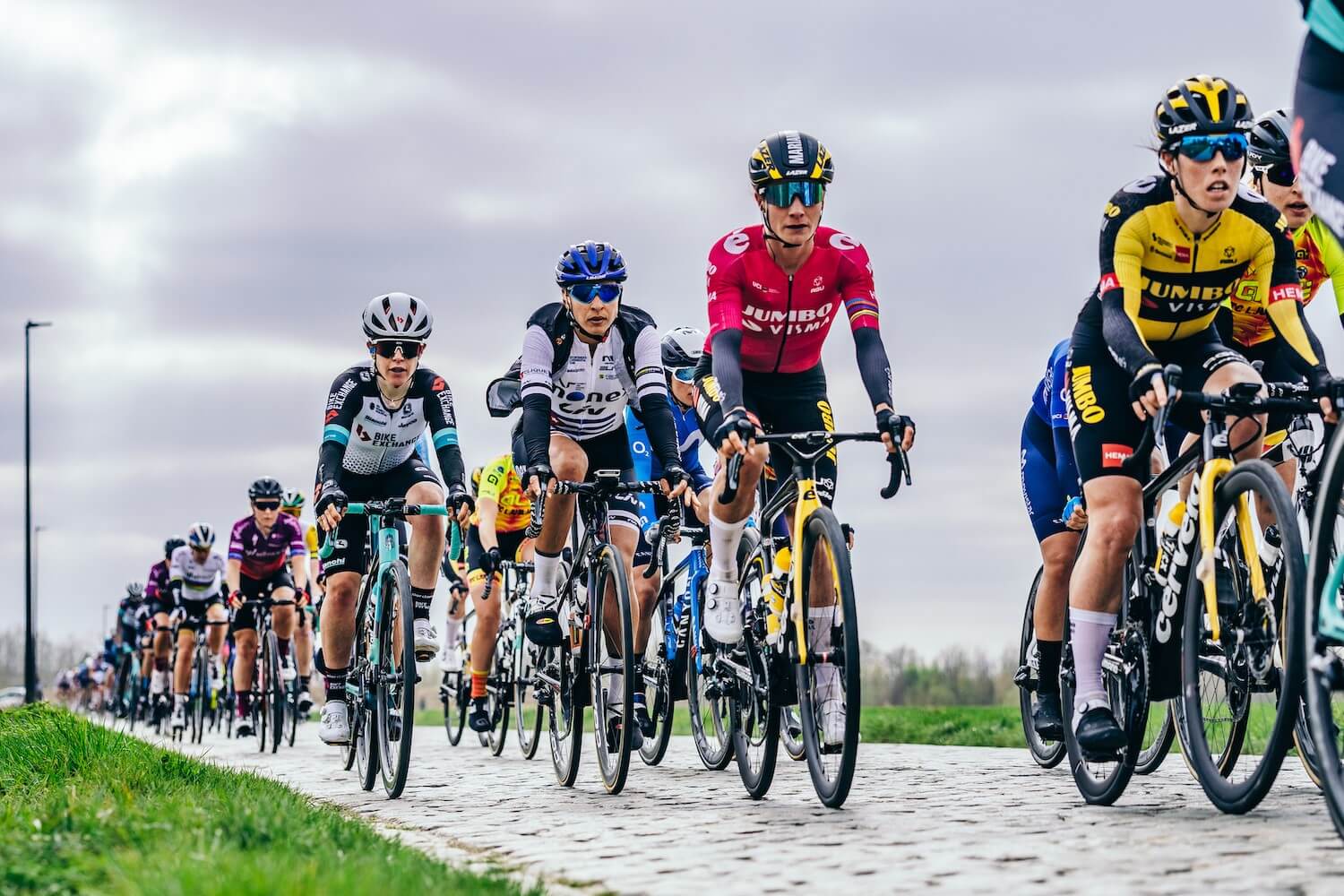 Marianne Vos hopes to win her 13th rainbow jersey in Flanders. She has already won two on the track, seven in cyclocross, and three on the road, but is as eager as ever to add another victory to her palmares. No one loves racing more than Marianne Vos.