Chris Hall is no stranger to extreme challenges. He came up with the 107 challenge (ride 107 kilometers for 107 days in a row) and the so-called trenching challenge on Box Hill where he repeated the famous climb 91 times. But these challenges are not just to push and explore his own limits, His main goal is to raise awareness about the state of mental health among men. The 7 Everests challenge is no exception, his goal to finish an Everest for 7 days in a row was his toughest one yet.

The concept of Everesting is fiendishly simple: Pick any hill, anywhere in the world and complete repeats of it in a single activity until you climb 8,848m – the equivalent height of Mt Everest. 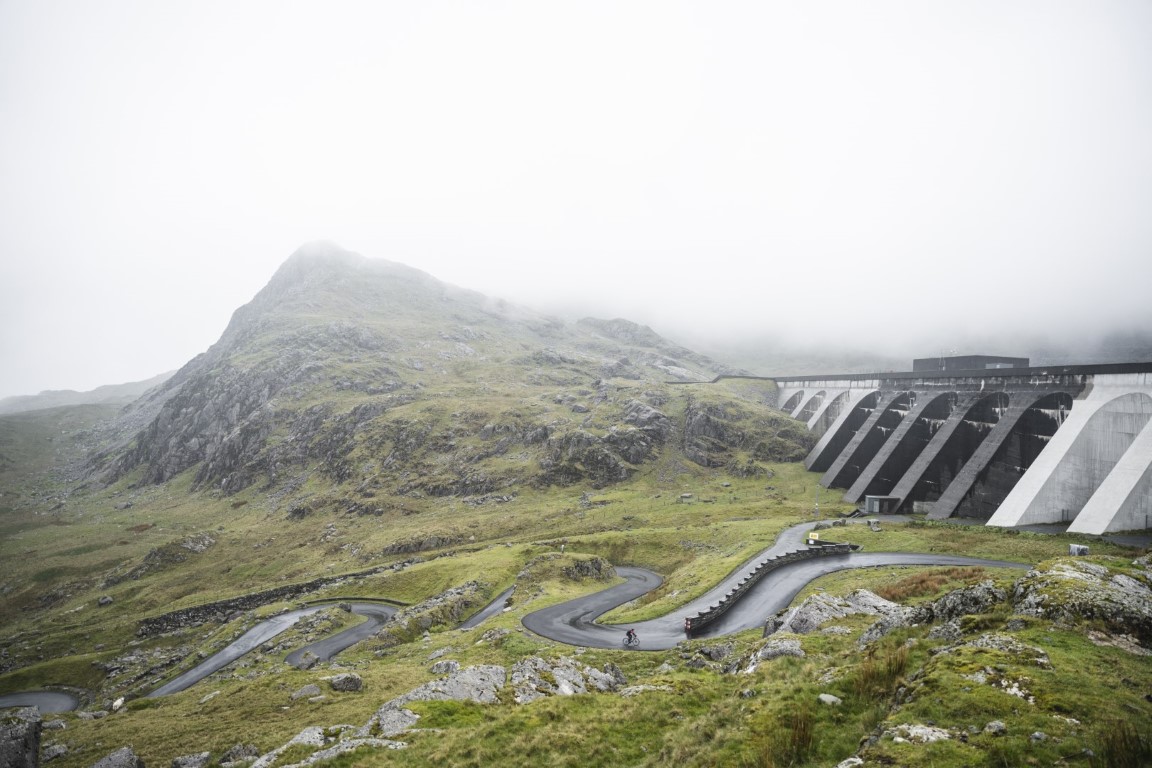 The 7 Everests project felt like a natural progression from previous challenges. I wanted to show that people who struggle, can hit a hard time every day of the week at any time. That this mental uphill battle can happen every day. Mental health is not a simple thing. It's incredibly complex knowing how best to look after your own health and there's so much power in showing vulnerability and weakness. Opening yourself up and say 'I'm not ok.' Or to reach out to your friends and family for support. That is what this challenge is about for me... besides an awful lot of climbing of course.

I chose Stwlan Dam in Wales mainly for one reason. It's a closed road. The climb is still relatively steep, averaging just under 10% but there's some tight turns and hairpins which ramp up much steeper and also that part of Wales is notorious for bad weather. But to remove one of those elements out of my control was a big pull. 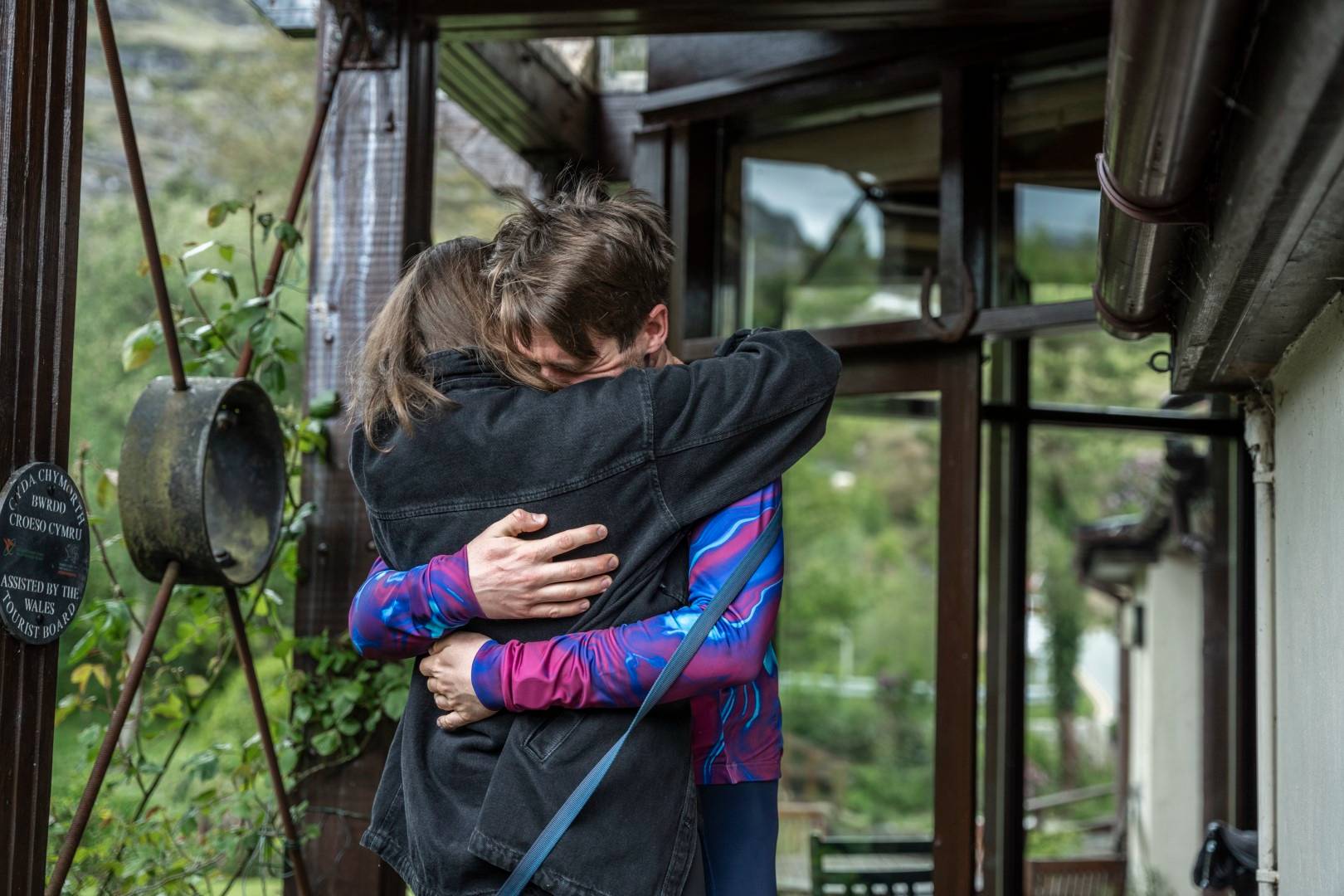 This was hands down the hardest challenge I have ever done. Both physically and mentally. I gave myself over completely to the challenge and I really do think that was clear towards the end too. I still get very emotional when I think about it, which really shows how much it actually meant to me too. I think one of the big problems with Everesting is that it's almost become weirdly normalised because of the amount of people who have done them during the pandemic. And even to me one is already a massive achievement. So anyone who has done one shouldn't feel that they have not done something incredibly hard and challenging. I guess it's similar to running a marathon in a way. But people often go back and do it again.

To be honest there really was no easy part in this one. We (me and the invaluable support team) were really up against it from the start battling awful conditions. Storms, hail, rain. Pretty much from the first day. One point that does stick out a lot to me was the first time descending the hairpins from the top in the rain. The top part of the climb has been resurfaced, so when it's dry it's incredible, really fast and flowy but when it's wet, it's like an ice rink. The bike literally slides around the corners with the brakes locking out. I definitely got scared there. 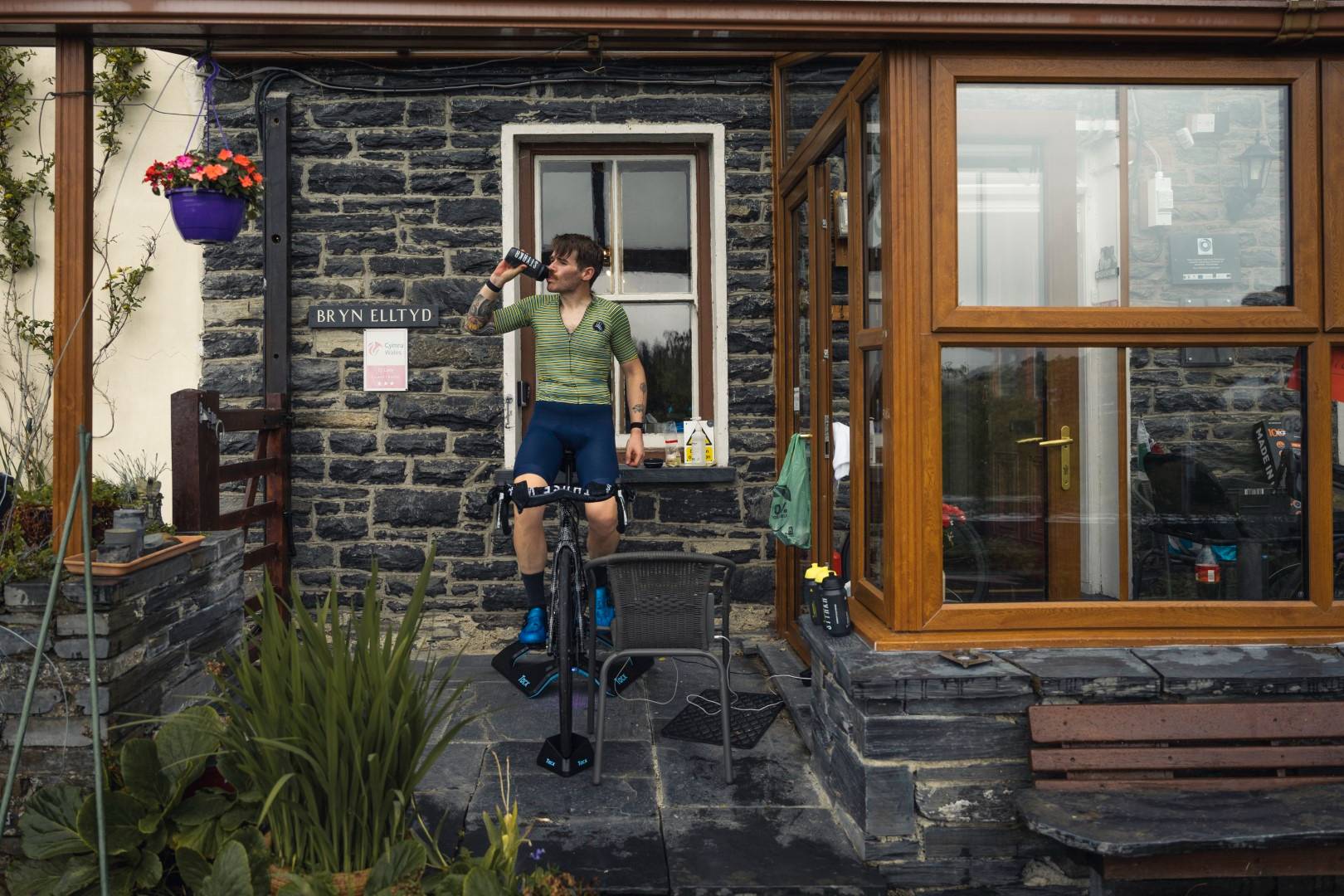 The weather completely changed the challenge. Once we knew that we were in for a week of very volatile and changing conditions, safety became so much more important. It became much more of a case of surviving each day the best I could and getting through it as safely as possible. I still did the hours but it meant at times we had to adjust the plan and rack up elevation cycling up Alpe Du Zwift on the turbo too.

For the 7 Everests I chose the amazing Cervélo R5. There’s quite a few interesting things about this bike. It weighs only 6.8kg with pedals, bottle cages and bike computer. Set up mainly with DURA-ACE 9150 11 speed but with an ULTEGRA Di2 rear mech. The reason for this is because a long cage ULTEGRA rear mech will allow you to fit a 34 tooth cassette. 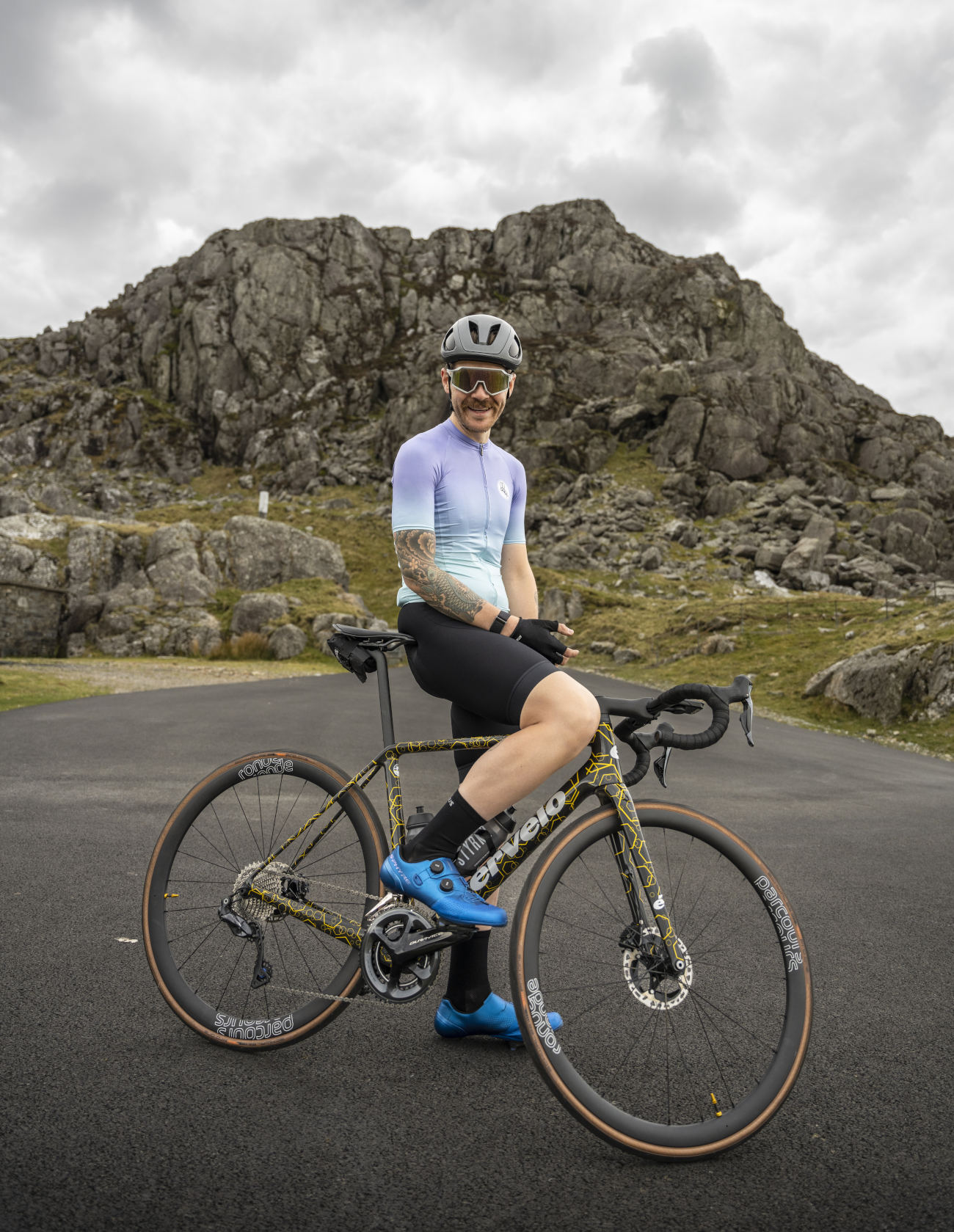 I ran 50/34 chainrings on a 170mm DURA-ACE power meter. The tyres I used were the Schwalbe Pro One. The front is their transparent sidewall option and the rear is a black version in 28mm. The reason for the odd tyres is that all the heavy breaking and grinding up the climb caused the rear to wear out and I thought it was best to get a fresh one on after a few days (the transparent tyres were not fresh and had done several thousand km before the challenge, I don’t like waste and want to use tyres until they really need to be changed, it’s not much hassle to install a new one after all and I just didn’t have another transparent sidewall on.) Brakes are the excellent DURA-ACE ones with a 160 rotor on the front and a 140 on the rear.

I run a 130mm stem and 40cm handlebars. I ride a size 54 frame but I ride a long stem and a lot of seatpost as I have long arms and legs but a short torso. I’m 183cm for anyone asking too. The saddle is a Pro Stealth. And then there is that paint job. it’s a very special Jumbo Visma frame set which is a gold water transfer over the raw carbon. They used this colour-way to tease people with the new R5 last year. 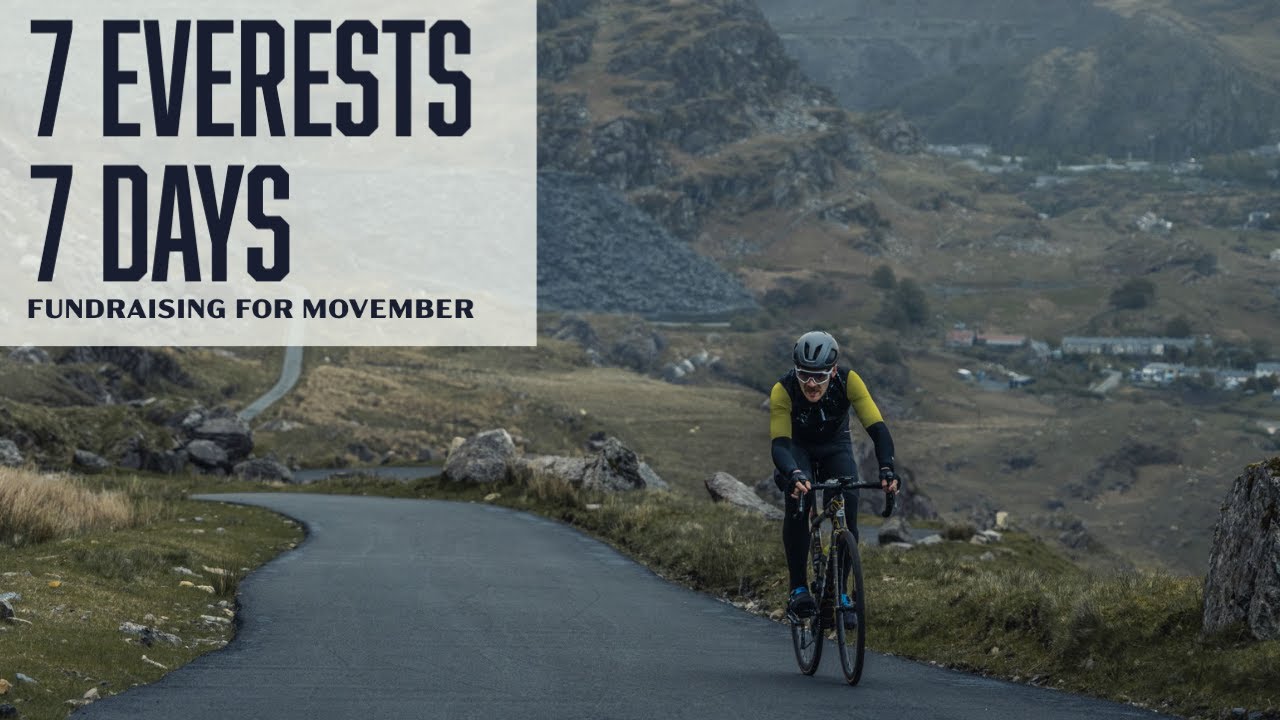 I was firstly doing this challenge to raise awareness for the importance of looking after your mental health and also fundraising for Movember and the incredible support and resources they provide people to help best understand how to reach out to someone in need. They are an incredible charity and have helped me personally several times with advice and counseling over the years when I or friends have struggled.

My support team were absolutely incredible but they are not the only people who I need to give a shout out to. My main support team was Jimmi from Attacus, who has supported me in so many challenges over the years and knows me better than I know myself. He's the boss when I do challenges and ultimately he has my best interest at heart. My health and safety is paramount and I can always trust Jimmi to make the right calls even if they aren't the ones I want to hear. Next I had Jack and Andy who were photographing and filming the challenge. This was the first time Jack had joined me on a challenge. He's such an incredibly talented photographer and also very much became my 'mum' through the week, making sure I always had food and water. There for hugs and the one who continually kept the airbnb we stayed in tidy too. Lastly, Andy who has joined me on several challenges over the last few years. Andy is such a positive person which is incredible to have around you in tough times. He has an infectious laugh which would just make me laugh and is an incredibly talented videographer/film man. The challenge wouldn't have happened without these three. I feel a huge level of debt to them.

Then leading on from that we met Dion, a local man who sadly lost his son to suicide. He is the person who I was doing this challenge for. Dion and his family have had such heartache losing Josh but have tried to make their loss into as much of a positive as they can, setting up a charity in Josh's memory called Josh's Lighthouse Project. Please go and check them out if you can. They are doing amazing things supporting people by providing counseling to those who may not easily be able to get it. Emily from Attacus was also always messaging and checking in. Always being a voice of reason. My mates Francis and Daisy came for a few days to keep me company and look after me giving the support crew a bit of a break too. Francis also made some incredible videos of the challenge and Louise from The Internationelles who dropped her kids off at school, joined me late into the night, was up the next day to go again and then drove home to get her kids from school! Lastly I have to mention my partner, Fee and our dog Marshall who have always been there supporting me and all my quite frankly stupid ideas. I'm incredibly lucky to have this support team I can truly give myself over to and know they have my back. I was joined by several people on the challenge who joined on the road or on their turbos. Thank you all, this one was all about you and your support. 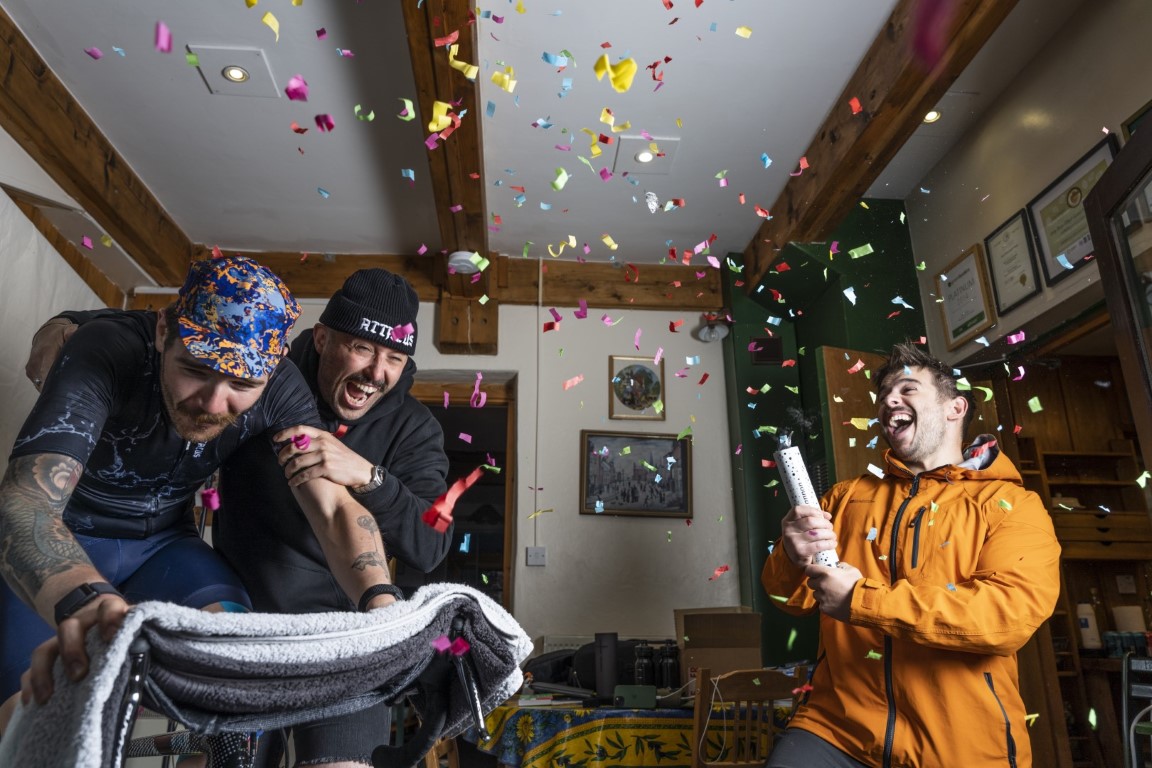