Remco Evenepoel has the rest at his feet. He backed up his Vuelta a España form spectacularly at the World Championships in Wollongong. The new world champion is in the rainbow jersey and is the talk of the international cycling community.

The time trial was a sign of his hunger. Over 34.2 kilometres, he came away with the bronze medal, saying afterwards that he put out his best numbers ever. He and runner-up Stefan Küng of Switzerland could do nothing against Tobias Foss, who had the ride of his life. The Norwegian, who races for Jumbo-Visma, was a deserved winner, even if he flew under the radar before the event.

In the road race, it was a dream scenario for Evenepoel. The 22-year-old moved up the road as part of a big group of 25 racers several laps from the end and raced the last 25 kilometres alone after accelerating away from final companion Alexey Lutsenko of Kazakhstan. It was a case of far too little, too late from the peloton behind. Liège-Bastogne-Liège, Vuelta a España victory and the rainbow jersey for Remco. Not a bad year for this prodigy rocking Shimano Dura-Ace R9200 Di2, eh.

The Quick-Step Alpha Vinyl superstar’s march to victory in the Australian sunshine was serene compared to the fierce race for the silver medal behind.

After the long-standing breakaway was gobbled up moments before the finish, Christophe Laporte sprinted to second, capping the finest year of his career so far. With Michael Matthews taking a bronze medal on home soil, centimetres ahead of Wout van Aert, it was a 1-2-3 for riders on Shimano. 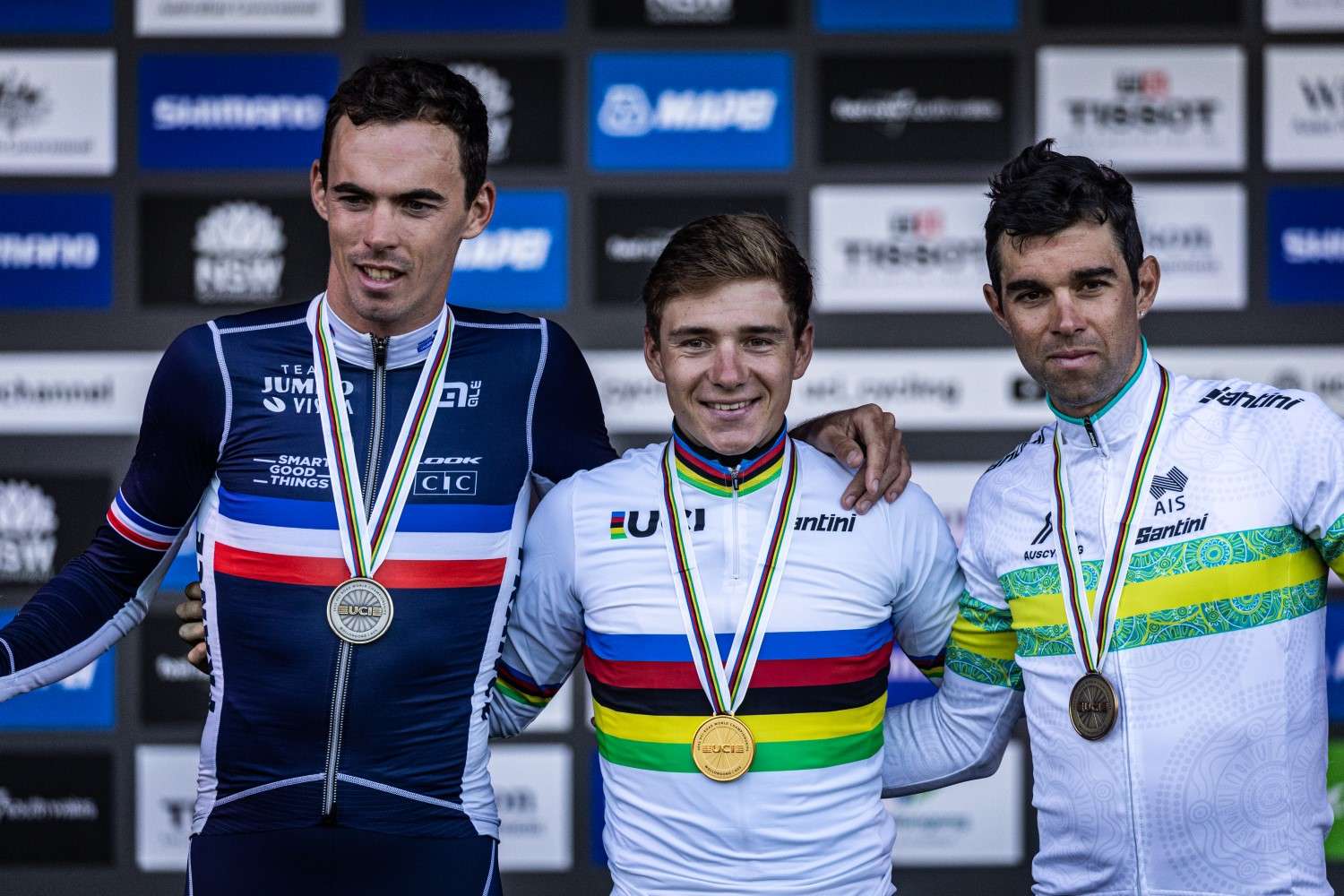 It brought a sublime 2022 World Championships to a close. Dutchwoman Annemiek van Vleuten showed her tenacity and grit by winning the women’s road race, tearing past the leaders with a late attack from behind, ahead of Lotte Kopecky and Silvia Persico.

Winning with a fractured elbow sustained days will go down in cycling folklore. It was a fitting triumph too, given that the Giro d’Italia and Tour de France champion has undoubtedly been the world’s finest women’s racer this season.

She could only manage seventh against the clock, as compatriot Ellen van Dijk defended her title successfully. However, home star Grace Brown pushed her close, finishing a dozen seconds behind. There could be even more to come in 2023 from the FDJ-Suez-Futuroscope ace. 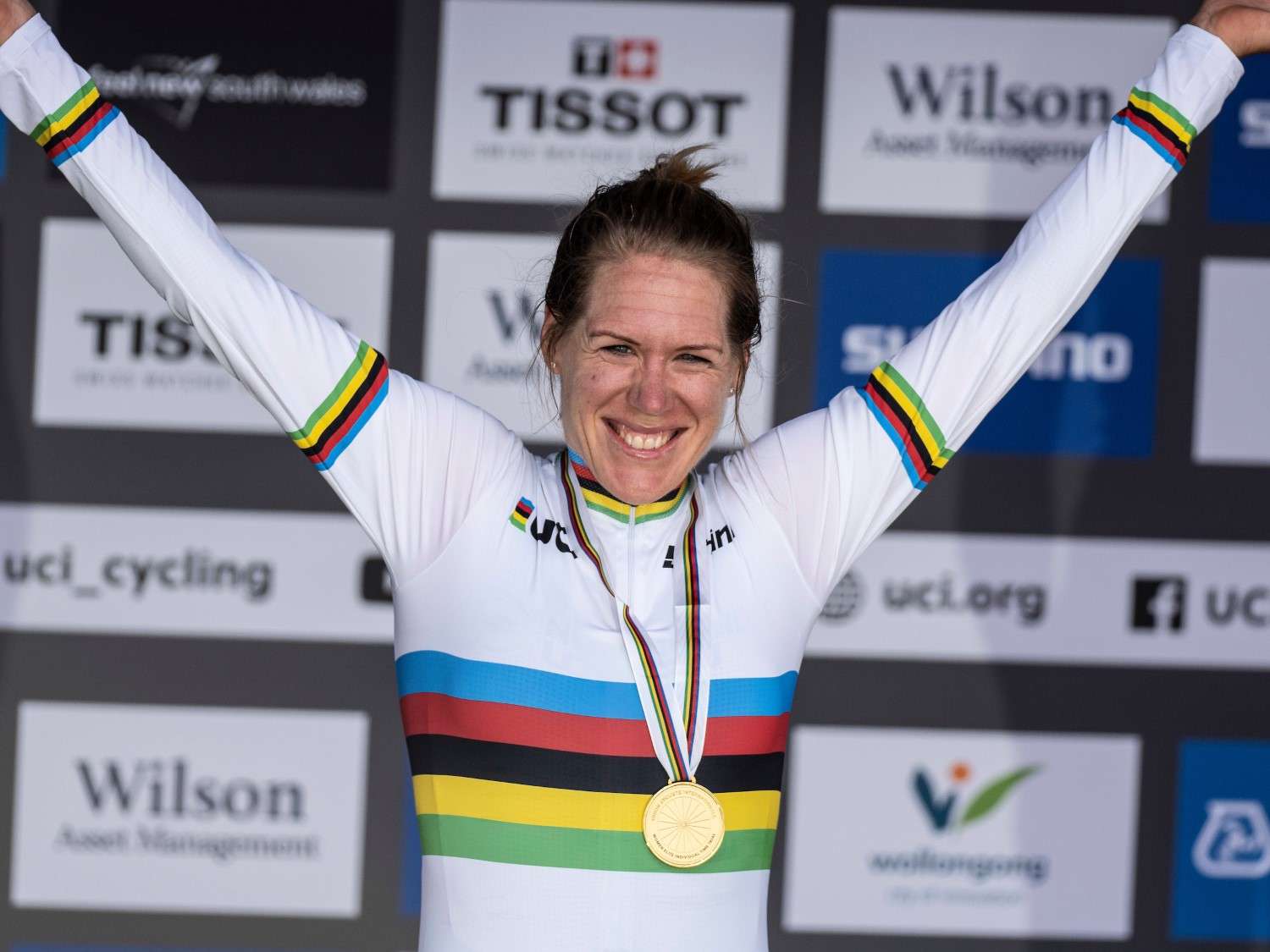 Meanwhile, Stefan Küng could celebrate a rainbow jersey after being so near, yet so far in the individual time trial. The Swiss Groupama-FDJ racer spearheaded the Swiss lineup in the mixed relay. Their six-rider team got the better of Italy by just three seconds.

The pick of the under-23 riders was Søren Wærenskjold. He flew to time trial victory ahead of Alec Segaert (Belgium) and Leo Hayter (Great Britain). In the road race, he was best of the bunch kick to take bronze, as Kazakh racer Yevgeniy Fedorov outsprinted Mathias Vacek for the rainbow jersey. Norway can make the long journey home reflecting on their best world championships in history.

In the junior ranks, Briton Josh Tarling was on top against the clock. Bronze medallist Emil Herzog (Germany) got his revenge in the road race, emerging with the rainbow jersey.

Tarling’s compatriot Zoe Backstedt showed that she is streets above the rest, emphatically winning the women’s road race and time trial on the new Shimano Dura-Ace R9200. Maybe Remco got some inspiration and ideas from her 55-kilometre solo escape to glory.